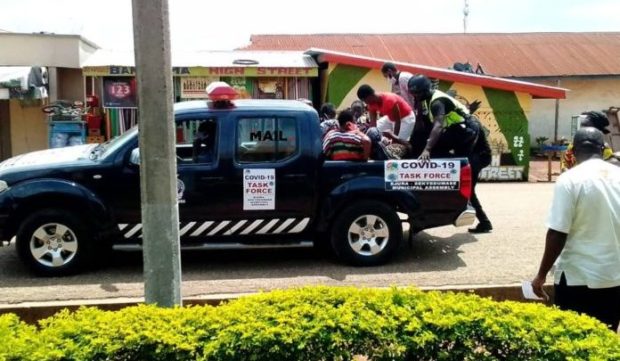 A total of 37 suspected criminals have been arrested in some areas in Accra by the Greater Accra Command of the Ghana Police Service.

The suspected criminals were arrested in their hideout for their involvement in some criminal activities.

The areas raided in Baatsona included Cambodia, Lashibi, and Community 18, whereas some ghettos in Dansoman were also identified.

Substances suspected to be narcotic drugs were retrieved from the suspect as well as 20 laptops and 16 mobile phones believed to be stolen items.

The arrested suspects have been detained in police custody for screening prosecution according to Citinews.