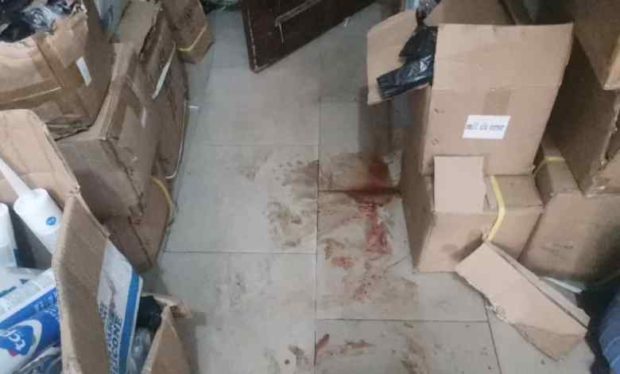 The deceased, believed to be 45-year-old who was identified as Mr Annorh was reportedly killed on Tuesday October 20, 2021 when he  was on duty on the day of the incident.

The robbers according to report bolted with about 98,000 Ghana cedis after the operation.

Speaking to OTEC News Kwame Agyenim Boateng one of the staff of A2 Allumminium Limited Omono Asamoah  said the victim was also  an employee of the company .

He added that the man  was found dead on Wednesday day morning with his hands and legs tied behind him.

The yet to be  identified assailants  also attacked the office of an Electricity company of Ghana ECG Vending shop and made away with some unspecified amount of money.

They have subsequently commenced investigations into the circumstances surrounding the matter.

Related Topics:A2 AluminumATTACKCOMPANY
Up Next

Police on manhunt for K’si robbers