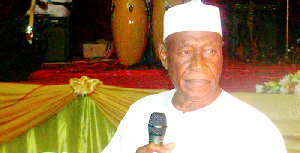 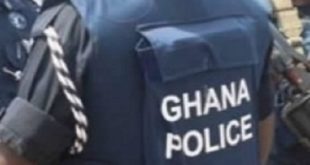 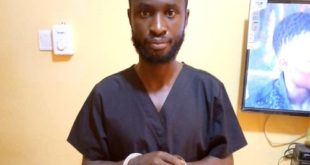 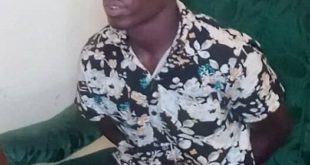 A son of Alhaji Asuma Banda unlawfully broke into his father’s mansion at the Airport Residential Area, it has been reported.

Fadel Asuma Banda, 33, a son of the Chief Executive Officer of Antrak Group of Companies, was arrested, together with two others, Aliu Bello, 28; and Suleman Mohammed, 36, by the Airport Police in Accra.

According to a Daily Guide report sighted by GhanaWeb, the three, together with a group of other young men numbering about 20 are said to have stormed the house on Wednesday at about 11:35am.

After they had entered the main compound, the young men were reportedly accosted by the police before they could enter the building.

The Daily Guide report further stated that Alhaji Banda who has two wives, is currently living with his youngest wife, Edwina Baaba Coussey (Banda) in the mansion the incident took place.

The report added that Fadel Banda who is a UK-born son of Alhaji Banda, recently returned to the country and has been trying to have access to his father but all his attempts have been unsuccessful.

Fadel, according to the report, felt his inability to see his father was being orchestrated by his stepmother and consequently organised the group to break into the house in order for him to have access to his old father.

Fadel Asuma Banda had been told that his father was unwilling to see him because he, the father, had intimated that the son was disrespectful.

However, Fadel Asuma Banda, claims that he was reliably informed his father was critically ill and that his stepmother had secretly taken him to the house without the knowledge of his family and children, thereby preventing people from having access to him.

“My next visit to the house for the second time, was when the same guy (the security man) came out to inform me that my dad said he doesn’t want to see me,” Fadel stated.

DSP Afia Tenge, the Greater Accra Public Relations Officer of the Ghana Police Service, has reportedly confirmed the incident by saying:
“The District Commander dispatched personnel to the residence and on arrival; they met about 20 young men under the leadership of the businessman’s son Fadel Asuma Banda. The men were spotted on the compound of the house trying to break the burglar-proof and glass doors of the hall and living room, where Alhaji Asuma Banda and his wife Edwina Baaba Banda, his children and other family members had taken refuge.”

She disclosed that the police arrested three suspects; the others fled the scene to avoid arrest.

“[The] Police later discovered that the suspects had used heavy concrete blocks and stones to cause damage to the main metal gate before forcefully making their entry into Alhaji Banda’s compound,” DSP Tenge said.

DSP Afia Tenge added that their reports indicated that Aliu Bello, one of the suspects, had slapped Chief Alhassan Abubakar Banda, one of Alhaji Asuma Banda’s family members, and snatched his Iphone X, which was later retrieved by the police when they arrested the suspect.

The police have since the incident stationed an armed guard on duty at the residence as an interim measure.

Previous This African tribe from Togo and Benin were experts in penis enlargement way before plastic surgery
Next Living with Monkeys: The story of Boabeng-Fiema 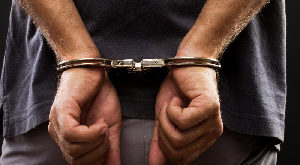 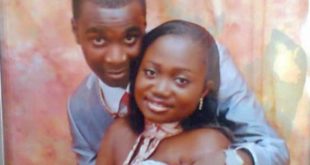