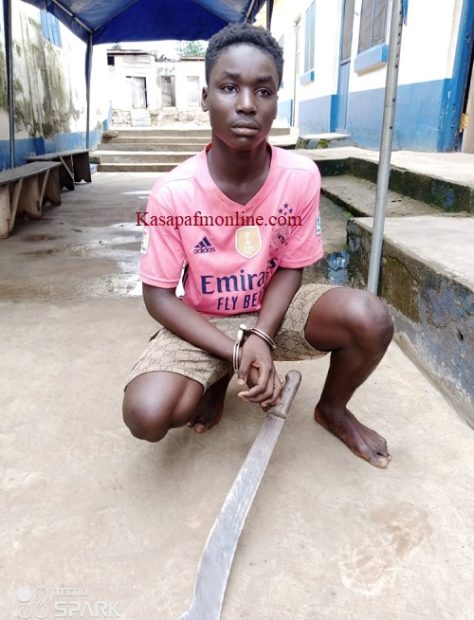 His sentence comes after he butchered and robbed a 21-year-old woman, Irene Agyapong in May 2021, when the victim was on her way home from work around 7 pm.

He’s confident the sentencing of the suspect will serve as a deterrent to other young men who engage in criminal activities.

It will be recalled that Kasapa News Yaw Boagyan reported in May 2021 that residents of Assin Fosu New Habitat are living in intense fear following a series of robbery attacks on them, including the butchering of a young woman by robbers.

The victim was admitted to St. Francis Xavier Hospital in Assin Fosu. Currently, she’s been discharged but left with a deformity.

3 in military custody for alleged extortion at mining sites