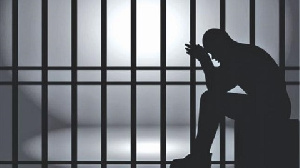 A joint operation between the police and Pharmacy Council in the Northern Region has led to the arrest of an illegal tramadol dealer in the region.

The suspect, Abdulai Issahaku, 40, believed to be a leader in the trade, was arrested at his shop, Harsh chemicals at Changli in Tamale.

The suspect is said to be the main distributor of 200mg tramadol in Tamale and its environs.

Meanwhile, there is a ban on the sale of tramadol in the region.

Some youth in Changli area allegedly attacked the security personnel and members of the Pharmacy Council when they stormed the shop of the suspect to arrest him.

The youth attacked them with stones and other objects to stop the arrest but the security officer had their way.