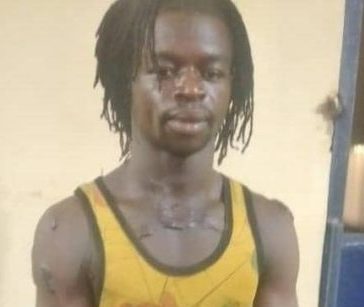 The Bunkpurugu District Command have arrested suspect Kampii Ningpeen Yennu in connection with the alleged killing of one Matthew Namisom, 35, a farmer at Kpentaung in the Bunkpurugu/Nakpanduri district of the North East region.

The Acting North East Regional Police Public Relations Officer, ASP Robert Anabiik Anmain, who confirmed the arrest to DGN Online said the suspect upon realizing that the Police were getting in on him, presented himself to the Police at the Bunkpurugu District Command.

He indicated that the suspect was subsequently rearrested and detained for further investigation.

ASP Anmain said the suspect will be arraigned before court after investigations.

Matthew Namisom, 35, a farmer was shot dead in his room at Kpentaung village in the Bunkpurugu-Nakpanduri district of the North East region.

A police report noted that on October 1,2021 the Bunkpurugu District command received a call from the Assembly man for Jilik electoral area, Laar Jatuat who reported that one Kampii Ningpeen Yennu who suspected the deceased farmer to be having an affair with his wife sneaked into the farmer’s room during the night and shot him with a gun.

According to the report, they proceeded to the scene and found the farmer lying in a supine position in a pool of blood.

Investigations at the scene revealed a piercing wound on the deceased chin through to the left ear believe to be a gunshot wound and a misfired AK rifle ammunition was also found at the scene and retrieved for investigation.

Further investigations revealed that the suspect had several times threatened the deceased with death for allegedly having an affair with his wife.