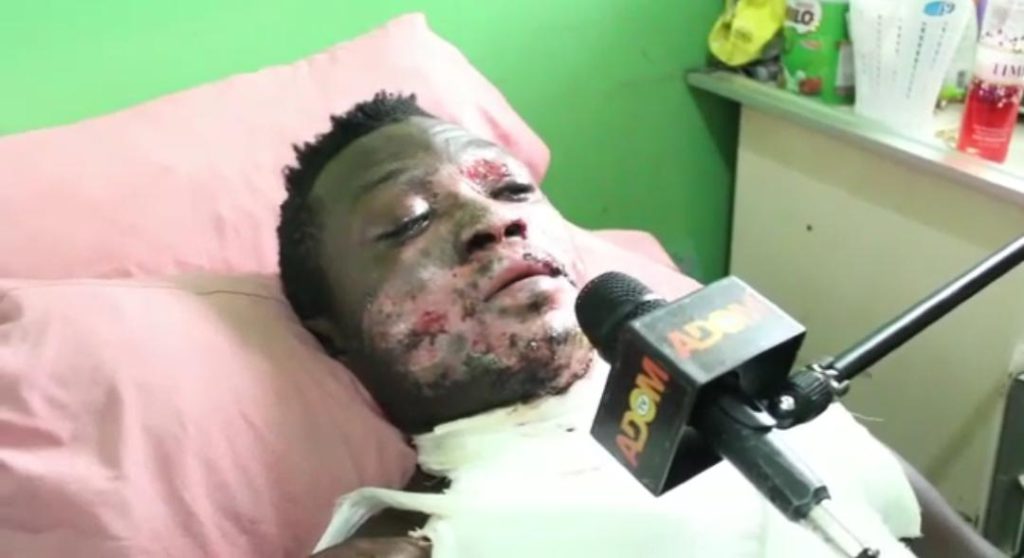 A 27-year-old man, Joseph Kwame Safah, has been hospitalized at the Dunkwa Government Hospital after he was bathed with acid during a confrontation with a rival.

Mr. Sefah took a break off work to travel only to return and be informed by his lover that one Nhyiraba had forcefully had sexual intercourse with her.

Without thinking of the consequence, he marched straight to Nhyiraba’s house to inquire about the truth in the allegation but the latter took offense.

In the ensuing confrontation, Nhyiraba is said to have allegedly poured acid into his face, but fortunately, he was rushed to the hospital by a friend who was at the scene.

On her part, mother of the victim, Fati Yakubu, said on hearing the state of her son, she reported the matter to the Diaso Police but their handling was not encouraging.

She has, however, forwarded her complaint to the Dunkwa Division to help bring the suspect to book.