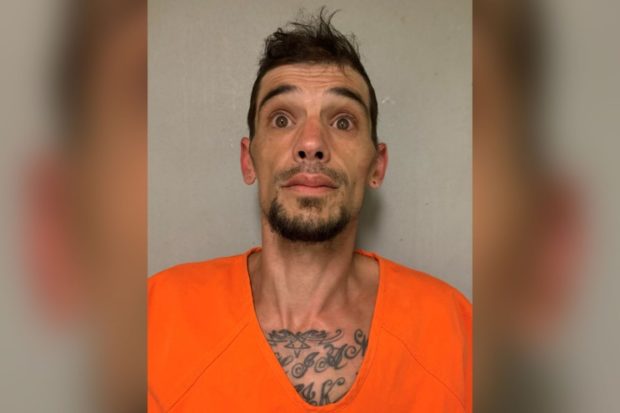 An Alabama man was caught breaking bad, with BBQ sauce.

Matthew Williamson, 37, was found sleeping in the press box of a sports complex surrounded by piles of stolen chicken fingers, chips, candy – and meth, cops said.

The outlaw snoozefest took place last week at Pleasant Grove’s Athletic Complex with snacks stolen from a concession stand, just days after Williamson had walked out of jail on another crime, police said in a statement.

Williamson had been arrested the first time on September 17, charged with breaking and entering a vehicle and stealing property but he made bond and walked out of Jefferson County Jail, Pleasant Grove Police Department said on Facebook.

“Less than two hours after leaving jail, Williamson stole a car in Hueytown and hid it in Pleasant Grove,” the statement said.

On September 22, someone stole a trove of snacks after breaking into the athletic complex’s concession stand. Williamson was caught catching some shut-eye with the stolen goods and drugs the next morning, police said.

Williamson admitted the burglaries and car theft and was transported back to Jefferson County Jail on Friday – the day after his nap was interrupted, the announcement said.