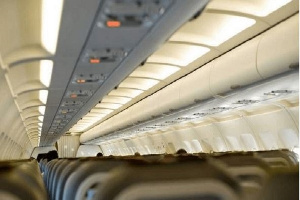 A 31-year-old man, who was on a flight from Los Angeles to Dubai when he assaulted a Ghanaian air hostess and behaved erratically, faced multiple charges at the Dubai Court of First Instance on Sunday.

The Dubai public prosecution accused the Jordanian passenger – who works as a purchase PRO – of sexually harassing the Ghanaian hostess and physically assaulting her by twisting her arm on April 13.

He also treated her with contempt by telling her that he did not want to look at her face or at any of the crew members.

The man also verbally abused and threatened the victim as well as another flight attendant, an Indonesian. He told the Ghanaian that he would get her sacked together with her supervisor as he had connections in the Dubai Police. The accused aggressively raised his fist in front of the other hostess’ face in a way as if he was going to punch her.

The Ghanaian air hostess, 35, told the prosecutor that she was in charge of the flight attendants in the plane from Los Angeles to Dubai on April 13. “We faced a problem with one passenger – the defendant – who was travelling in the economy class and moved on his own to the business class. He would not want to listen to me as I tried to explain to him about the airline’s regulations. He then moved to the first class and put the earpiece on while insulting me.”

She recounted how the passenger told her that he did not want to look at her face or at any other crew member. “The passenger’s father then came and apologised to me, asking me not to report his son,” she said.

Later, the woman was attending to other passengers when the defendant called on her. “He then called me names and followed me to the upper floor. He twisted my arm and groped me for a few seconds. The man damaged my work card as I screamed at him to let go of me. During the police interrogation, he said that I was not his type.”

She added that she dealt professionally with the defendant and that other colleagues witnessed the assault. “This was the first time I got into such a situation for 12 years in this job. I was suspended and did not receive my salary for one month pending my mental evaluation by a psychiatrist.”

A 39-year-old Indonesian air services supervisor said that the defendant ignored her as she told him to return to his seat.

“He told me to go away and not argue with him as he did not care about the procedures. I spotted him later following the victim to the upper floor. He boasted later at the airport that he was an American citizen and knew people in the police.”

During the public prosecution investigation, the victim cried emotionally recalling how it is one month since she was suspended from work as she was deemed unfit to deal with passengers.