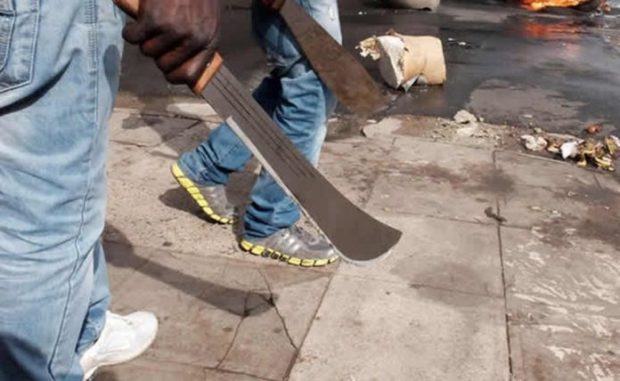 The incident reportedly occurred in the early hours of Thursday at an area called Three Brothers at Sankore of the Ahafo Region.

A witness, Priscilla Yeboah, who narrated the incident on Adom FM’s Dwaso Nsem, gave the deceased’s name as Gifty.

According to her, she moved out of her husband’s house about two months ago following a misunderstanding, leading to a possible divorce.

Miss Yeboah explained Gifty had been in her parents’ house with her three children until her demise Thursday morning.

She narrated the angry husband stormed the house wielding the gun and machete on Thursday morning.

“He had an altercation with the wife and attempted to fire the gun which led to a struggle over the weapon.

“A first shot was fired but into the air, but the second hit the woman, leading to the death,” she said.

After killing the wife, he went on to attack the mother-in-law who had their baby at her back. He slashed her forehead and leg.

The suspect is said to have ransacked the house and bolted with his father-in-law who had gone to the farm’s gun.

Related Topics:kilksmanmother inlaw
Up Next