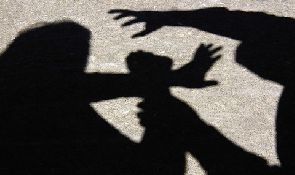 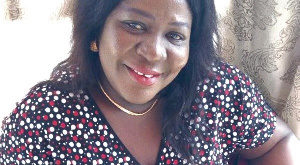 BoG driver charged with manslaughter over death of ‘girlfriend’

A 35-year-old Nigerian student, who beats up her 12-year-old daughter with knife and a pair of scissors leaving her with bleeding wounds, has been sentenced to six years imprisonment by an Accra Circuit Court.

Rebecca Ojo Udonsi had accused her daughter of stealing GH¢119.50 cedis but the victim denied it.

The court presided over by Mrs. Rita Abrokwah Doko convicted Udonsi on her plea.

The court ordered that Udonsi’s sister should assume guardianship of the victim and two other siblings of the convict.

Udonsi after serving her sentence is to be deported to Nigeria.

Prosecution said Udonsi has been accusing the victim of theft and have been subjecting her to severe beatings, so the victim has marks all over her body.

Chief Inspector Atimbire said on April 5, this year, at about 1230 am, Udonsi woke the victim up from her sleep and confronted her over the missing GH¢119.50.

According to the Prosecution when the victim told her mother that she has not seen the said money, Udonsi became angry and locked the door of the room and flogged her with a pair of scissors and a kitchen knife.

Prosecution said the victim sustained multiple injuries on her body and palms but Udonsi left her to her fate.

He said soon after Udonsi unlocked the victim’s door, she ran out crying with blood oozing from her wounds.

The Prosecution said the victim met the complainant later and narrated her ordeal to him.

He said at the hospital, it was discovered that the victim’s right palm has a fractured.

The prosecution said the matter was then transferred to the Domestic Violence and Victim’s Support Unit and the crime scene was visited.

Chief Inspector Atimbire said it was the crime scene that the Police identified the said kitchen knife with blood stains on it.

He said Udonsi also brought out the hidden scissors soiled with blood.

Prosecution said in her cautioned statement Udonsi admitted the offence.