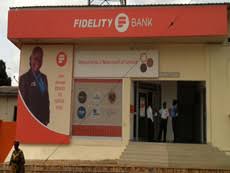 Branch and operations managers of Fidelity Bank at Nkawkaw in the Eastern Region are being investigated by the Police in the area for allegedly stealing 112,550 cedis from the bank.

Gabriel Yamoah Appiah, the branch manager and Evans Amoakohene, the operations manager, were detained yesterday, and are also being investigated for allegedly forging official ECG prepaid vouchers in the name of the bank.

Police sources told our correspondent Yvonne Neequaye that the suspects have been forging the ECG vouchers from 2017 till February 28, 2019.

The alleged criminal acts of the two staff were detected by the financial crime manager of the bank in Accra, Emmanuel Gyamfi.

He consequently on Thursday February 28 reported a case of stealing and forgery against the two to the Police at Nkawkaw who have since commenced investigations into the matter.

It is unclear whether the two staff are currently on suspension or their appointment have been terminated.