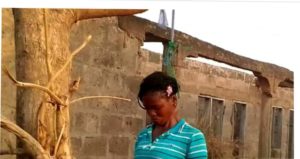 A lady known as Madam Jennifer Miya, believed to be 32 years old, has committed suicide at the Atebubu-Amanteng in the Bono East Region.

According to information gathered by DGN Online, Madam Jennifer was married with a child.

DGN Online understands that she hailed from Beposo, a town in the Ashanti region.

According to an eyewitness who is the brother-in-law of Jennifer, the deceased on several grounds had attempted to take her life, saying, “she first attempted to use a knife but I overpowered her and took it from her.”

“ after she attempted to take her life I visited her thrice that day just to ensure Jennifer does not walk her thoughts,” adding, “I was informed from the health center that she had committed suicide”.

Meanwhile, the mortal remains have been deposited at the morgue awaiting autopsy while the Atebubu-Amantin Divisional Police are probing the incident.