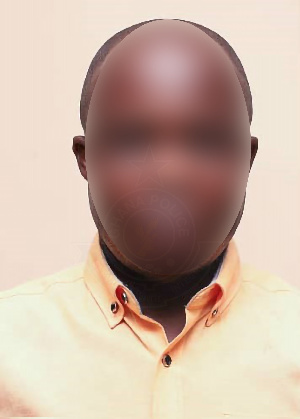 • The police have since picked him up to assist in investigations

• He will be placed before court on Monday

The Ghana Police Service has effected the arrest of a taxi driver over his alleged involvement in what they say are several murders.

According to a statement from the police, Felix Ansah, 35, had made the allegations in a television interview on Onua TV on September 2, 2021.

“The Police have commenced investigations into claims made by one Felix Ansah, a 35-year-old taxi driver, in an interview he granted on Onua TV, September 2, 2021, where he alleged that he had killed several persons for ritual purposes,” the statement said in part.

It continued that they had picked up the man to assist them in their investigations even as plans are underway to get a court order to have him remanded.

“Following his admission of the alleged commission of such acts, he was arrested to assist in police investigations. He will be put before court on Monday, September 13, 2021, to be placed on remand for thorough investigations into the allegations to continue,” the statement signed by acting Director-General, Public Affairs of the Service, Assistant Commissioner of Police, Kwesi Ofori, said. 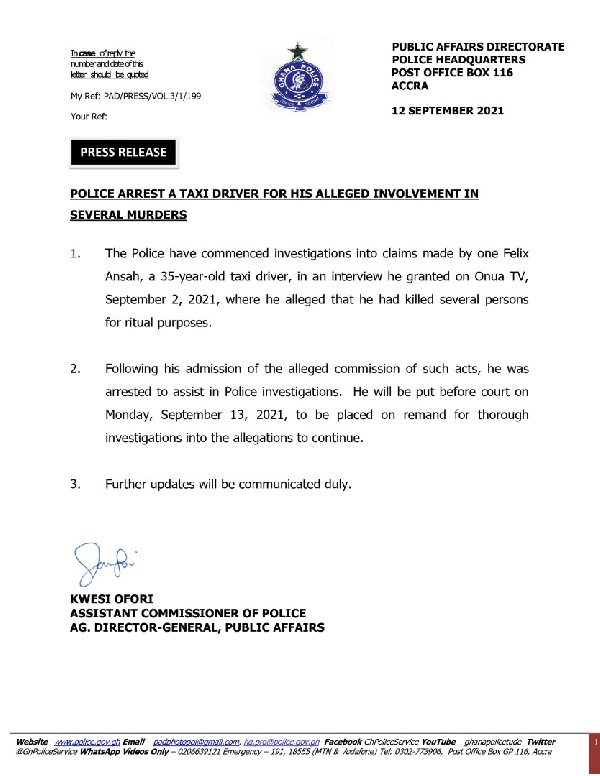