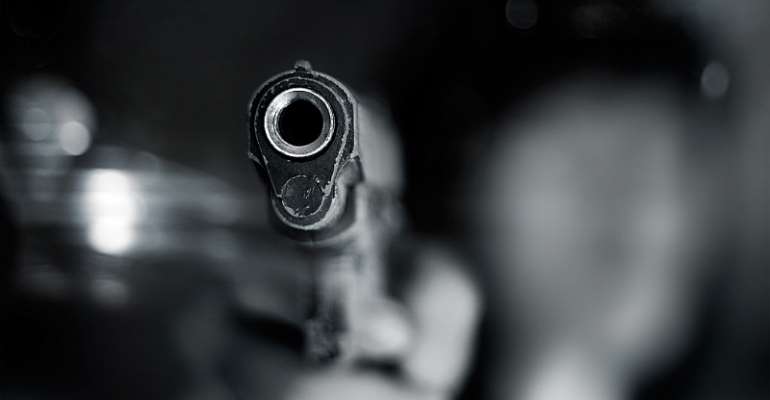 Suspected armed robbers Monday afternoon attacked and shot a man and his wife who according to eyewitness accounts had withdrawn money from a nearby bank in Sekondi in the Western region.

The robbers were said to be on a motorbike trailing the couple from the bank and shot them twice before bolting with the said cash.

Unconfirmed reports were rife that the couple died on the scene.

This is the third robbery attack to hit the Sekondi-Takoradi metropolis within the last four (4) days.

Most of the people who trooped to the crime scene were heard expressing fear over recent robbery attacks in the area.

In a related development, the Lower Manya Municipal Agric office located at Kpong in the Eastern Region has been burgled and ransacked by robbers.

The robbers burgled five offices and took away items including desktop computers, a brand new fridge, plastic chairs, and other valuables.

The Lower Manya Municipal Officer of Agric in charge of Extension Services Alex Fordjuor told Starr FM, that this is the sixth time in five years, the office has been burgled but no arrests have been made.

“They broke the burglar-proof, entered and broke into five offices. Because of the robbery cases, our director has secured the rooms but these people broke into it to steal. They took everything. They ransacked the office, took away the desktop, 35 plastic chairs, a brand new fridge, and projector. When you talk about office materials, they took everything. The only thing they left is our documents. This is the sixth robbery I have witnessed since I was posted here some five years ago”.

He said the latest incident has created apprehension among the staff adding that their lives are at risk therefore may advise themselves by laying down their tools if the latest suspects are not arrested and prosecuted.

According to him, the area where the office is located is notorious for wee smokers and other drug peddling activities but the Police have failed to clamp down on the suspects.

Fourth jailbreak in two weeks foiled by police in Zuarungu