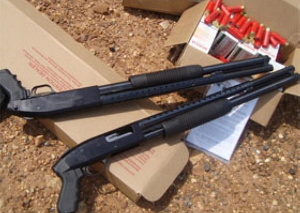 The Ada District Police Commander, DSP George Aboagye has revealed that the ongoing impasse in Ada over the Songor Salt Project might be from the misinformation some leaders are giving to their followers.

According to DSP George Aboagye, their investigations have revealed that people are revolting against the laudable project because they are being fed untruths about the project.

In an interview on the recent disturbances in the communities, DSP George Aboagye said people are claiming that Electrochem GH, the company having the mining lease to mine salt in the Lagoon would take over the whole land and evacuate them to nowhere.

He explained that last Thursday, workers of the company were going to pick coordinates of the site when they were assaulted by some group of persons.

“They were assaulted severely beyond human comprehension,” he noted.

He mentioned that on the first day of the incident, no arrest was made because the matter had then not been reported to the police.

DSP George Aboagye said he believed that due to the severity of injuries sustained by the Electrochem staff, they couldn’t come to the police station to report but were rushed to the hospital for medical attention.

According to him, again on Thursday when the company was constructing a road from the site to Lolonya, where there is a tunnel that directs the flow of water, the driver driving the bulldozer was severely beaten and was nearly lynched.

In view of the constant attacks the company is receiving from the group of thugs, management of the company informed the police and sought police assistance to carry out their work.

The police, he said, went to the area and again, was met with brutal force which resulted in exchanges leading to the arrest of nine persons who were assisting the police in their investigations.

He explained that persons who sustained gunshot injuries were discovered to have sustained that from pump-action guns and not from an AK47 assault rifle used by the police.

“We don’t use pump-action guns. We are investigating the matter,” he said.

He also revealed that upon the arrest of the nine suspects, other groups amassed at the police station armed with offensive weapons to attack the police, and two of them were arrested.

He said, investigations are ongoing and soon the suspects will be put before Court.

Also, the District Chief Executive Officer (DCE) of the District, Mr Adzoteye Lawer Akrofi, explained that it was the whole Ada, comprising chiefs and heads of all the clans that came together and fought for the development of the Songor Lagoon.

He said it emerged that Libi Wornor wants only the Tekperbia We clan to sign the document to Electrochem Gh. But that, he said “Is not a cogent idea.”

Meanwhile, some residents who witnessed last week’s incidents enumerated that people who have attacked Electrochem Gh. Staff and the police are not residents of the communities but were imported thugs from the Ashaiman brought into the communities to scuttle site preparations being made by the investor to kick start the project.

Information gathered from residents has revealed that last week’s shooting incidence which was reported to have been engineered by Electrochem Ghana Limited, was a concocted story just to create the impression as though residents of Ada are against the project.

It was reported that the company allegedly transported land guards from Accra to ward off the indigenes from trespassing.

Meanwhile, subsequent interviews with some residents of the community and eyewitnesses, have revealed that a group of surveyors who were at the site to do some preparatory works were attacked by some group of persons earlier believed to be youth from the community.

Residents accused Nii Kotei Dzani, a former Member of the Council of State and Director of defunct Ideal Finance and the destooled Libi Wornor, for being the brains behind all the unpleasant developments over the Songor Salt project.

According to eyewitnesses, persons that have sustained gunshot wounds in the Toflokpo and Salom communities in Ada, Greater Accra Region, for allegedly preventing Electrochem Ghana Limited from operating there were not from the communities.

The company, having sensed danger from the activities of the aliens in the community against its workers, informed the police of the incident and called for police protection whilst its workers worked for smooth take off of the project.

However on Friday, 5 February 2021, groups of thugs believed to be working for the Libi Wornor and his political pay masters, confronted the police at Madagbeh amid throwing of stones, clubs and gunshots resulting in the arrest of some persons with some persons sustaining gunshot wounds from the warning shots fired by the police.

Upon the arrest of some of the thugs, it became clear that they are not residents of Ada but were brought in to generate confusion and create the impression as though they are indigenes.

It however became obvious that the group of thugs who attacked the surveyors were imported from Ashiaman.

“We don’t know them, we don’t know where they came from. But later, we got to realize that they were brought into the community from Ashiaman. As residents of Ada, we are very sad at the turn of events where some few people will try to hold the whole Ada state to ransom. This is a good project which has already begun giving us, especially the youth employment. Lots of us have secured jobs as a result of the project so if for somebody’s selfish interest, we should remain poor, then I don’t think we will allow that,” angry youth of the community said.

According to residents, they are not fools and for that matter cannot be taken for granted; stressing that they cannot be used to work against MacDan’s takeover of the Songor Lagoon.

“We support the project and there is no way we will fight the investors,” they said.

Speaking to the youth, chiefs and elders of Ada, they stressed their commitment to the project and said they are wholeheartedly in support of Electrochem Company limited.

They did not rule out the fact that they are in support of the project because of jobs and development.

According to the Chiefs and Elders of Ada, the importation of armed thugs from Ashiaman into the community must be condemned.

They also said they will ensure the smooth operations of Electrochem to safeguard jobs and development for the people of Songor and its environs.

Experts say the Ada Songor lagoon can produce about 2.5 million metric tons or more of salt if its potential is well tapped with advanced technology but currently the songor lagoon produces around 400 metric tons of salt.

Already the investor has invested US106 million Dollars for the first stage of the project.

“We cannot miss this opportunity. Where were those kicking against the project when the site had been left lying idle over forty years? “Electrochem is ready to develop the concessions with modern technology at vantage points for the local people living around Songor lagoon and even buy our salts at prevailing price thereby creating a ready market for us. What else do we need? The only thing we as residents is for us to lend our support. So when you hear people claiming that the youth of Ada are against the project is a lie. We are not against it. We support it fully,” Mr. Tamihu Albert said.

Parliament on November 4, 2020 granted the mineral rights to Electrochem Company limited to dig for, mine and produce salt in the Songor lagoon for a term period of 15years, which upon expiration is subject to renewal under the mining laws of Ghana.

The youth described this as the best development agenda for Ada and the future of the teeming youth.

So far, the project site has employed about 1000 residents, mostly youth, to undertake various activities for the smooth implementation of the project.

The police are however conducting investigations into the matter.

Related Topics:SONGER SALT
Up Next