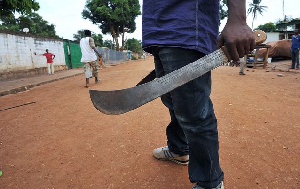 The Anyaa Police in the Greater Accra Region is after a taxi driver who is on the run after allegedly butchering his wife and locking up her mutilated body in a room for four days.

Kofi Aboagye, 33, took to his heels after he allegedly stabbed the wife, Margarette during a quarrel and went ahead to murdered her in cold blood.

According to residents, Kofi Aboagye was last seen last week Wednesday after he had killed the wife and was fleeing the area in his taxi.

Mother of the deceased, Yaa Asantewaa told Angel News that her now at large son came to her house and left their kids in her care with the excuse that the wife had gone to town.

“Not knowing he had already killed my daughter and was looking for a way to run away…,” she cried.

Her suspicion, she said, heightened when after two days, she did not see Margarette not Aboagye in the neighbourhood. She began a fruitless search for the now deceased Margarette. 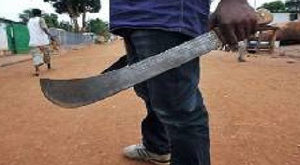 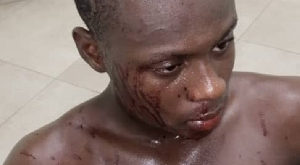