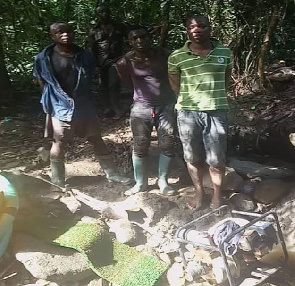 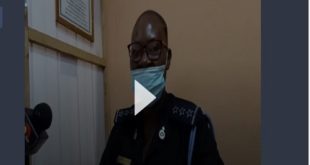 Three illegal miners have been arrested in the Atewa Forest Reserve.

The suspects – Foster Boakye, 24, Alhassan Larbara, 30 and Isaac Ampofo, 35, all residents of Akyem Pameng have been transferred to the Eastern Regional Hospital in Koforidua.

They were arrested in the act by Resource Guards from Anyinam led by Range Manager, Kofi Sarpong.

Illegal mining is resurfacing strongly in parts of the Eastern region following lifting of the ban placed on Small Scale Mining by government.

The Begoro District Forest Manager, Kwame Oteng Awuah in an interview with Starr News said the Atewa Forest Reserve seems to be a safe haven for the illegal miners due to vast nature of the Forest, nonetheless, he said, despite the logistical and human resource constraints, the Patrol has been intensified in the forest which has led to the many arrests.

Meanwhile, there is serious destruction of kobreso portion of the Atewa Forest Reserve in the Eastern Region by illegal miners reportedly operating under the powers of a faceless “political Queen”.

The illegal miners have been operating in the forest for the past two weeks without permit destroying acres of the vegetation cover, obstructing and polluting the Suhyen River which serve residents.

Three persons arrested by personnel of the Forestry Service were released on “orders from above”.

Arocha Ghana, a non-governmental organization advocating and helping with the conservation of the forest has visited the scene.

According to the NGO,the Mining firm operating in the forest introduced itself to the traditional rulers claiming to have been given needed authorization to mine on a concession.

An agreement was reached that the miner comes back for further discussions on cooperate social responsibility however to “their amazement all that the chief and his elders could hear was that the miner had deployed an excavator to the site and had started mining the forest”.

However, according to an informant, a top official at the Forestry Commission was heard on phone ordering for the release of the suspects before they got to the police station. 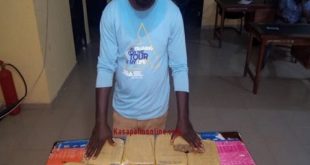 A Journalist, Augustus Akwasi Koranteng has been arrested for unlawful possession of narcotic drugs in … 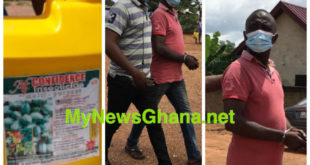