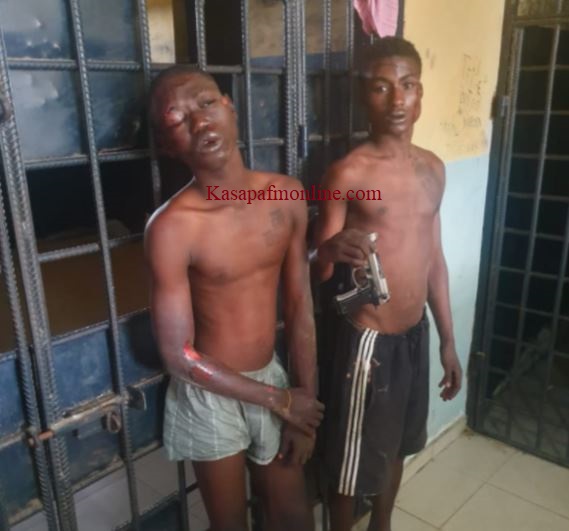 A Police night patrol team has arrested two suspects, Joseph Dagodzo and Bujahid Abukari at Dawa near Sege in the Greater Accra Region for illegally possessing a firearm and assault.

According to Police report, on Saturday 25th September 2021 about 2:50am, the Sege police patrol team reported that whilst they were on patrols, information was received that, the said suspects were on a royal motorbike with registration number M-20-GE 7215 whilst his other friends were also using another royal motorbike with number M-20-GT 4299 from Koluedor direction heading towards Accra.

When the suspects on their respective motorbikes got to Sege town, the patrol team signal them to stop but they negotiated into the Sege township, the patrol team followed them till they joined the main Accra-Aflao road heading towards Accra.

On reaching a section of the road at Dawa God’s Love Herbal center, two of the suspects on royal motorbike with registration number M-20-GT 4299 fell from their motorbike and took to their heels into a nearby bush abandoning the said motorbike. 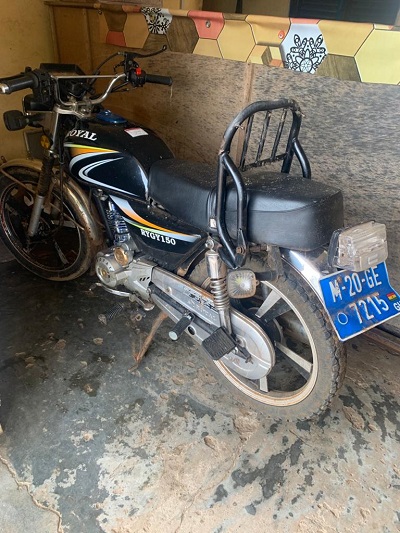 The Dawa snap check police officers were immediately informed to be on the lookout and arrest the said suspects. Upon the suspects realizing that the snap check men were stopping them at Dawa, they took different direction. The patrol team pursued them towards Agortor direction and they also fell from their motor bike hence suspect Joseph Dagodzo was arrested while suspect Bujahid Abukari run into the nearby bush.

The patrol team assisted by some community members combed the bush and in the process, suspect Bujahid Abukari pulled out his blow F92 pistol to hit the head of one David Adella, a native of Dawa. The suspect was finally overpowered and arrested together with his black blow F92 pistol.

The pistol and two motorbikes have been retained at the station as exhibits.

Related Topics:firearmTwo arrested
Up Next

Policeman frees female suspect after sleeping with her in cells