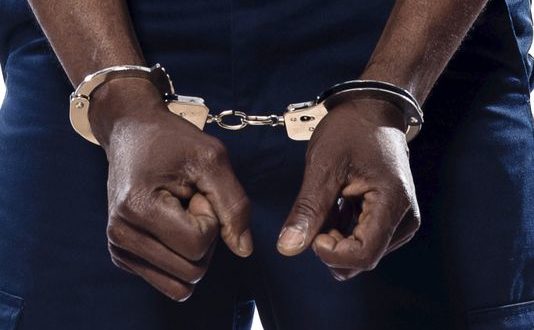 The Criminal Investigations Department (CID) of the Ghana Police Service has arrested two persons over the demolition of a building on the premises of the Nigeria High Commissioner in Accra.

The two were arrested on Monday, June 22, according to a press release from the CID.

“The Criminal Investigations Department in the course of investigation on Monday 22nd June 2020, arrested two persons involved in the demolition of a building on the premises of the Nigerian High Commission in Accra.”

The two are facing charges of conspiracy to Commit Crime to wit; Unlawful Entry and Causing Unlawful Damage.

They are set to be arraigned but the statement did not specify a date.

The CID further urged the general public to remain calm and continue to assist the Police with timely and factual information.

Residents at the high commission say they were left traumatised when armed men reportedly invaded the parcel of land on which the Commission was erecting a building on and pulled down parts of the said building on the evening of June 19.

The demolition threatened to mar diplomatic relations between Ghana and Nigeria.

It sparked outrage and protests from Nigerians in Ghana and in their homeland.

The government has been quick to assuage the concerns of the Nigerian government.

The Minister of Foreign Affairs and Regional Integration, Shirley Ayorkor Botchway was at the commission on Monday and also conveyed the apologies of the government.

Below is the press release from the CID 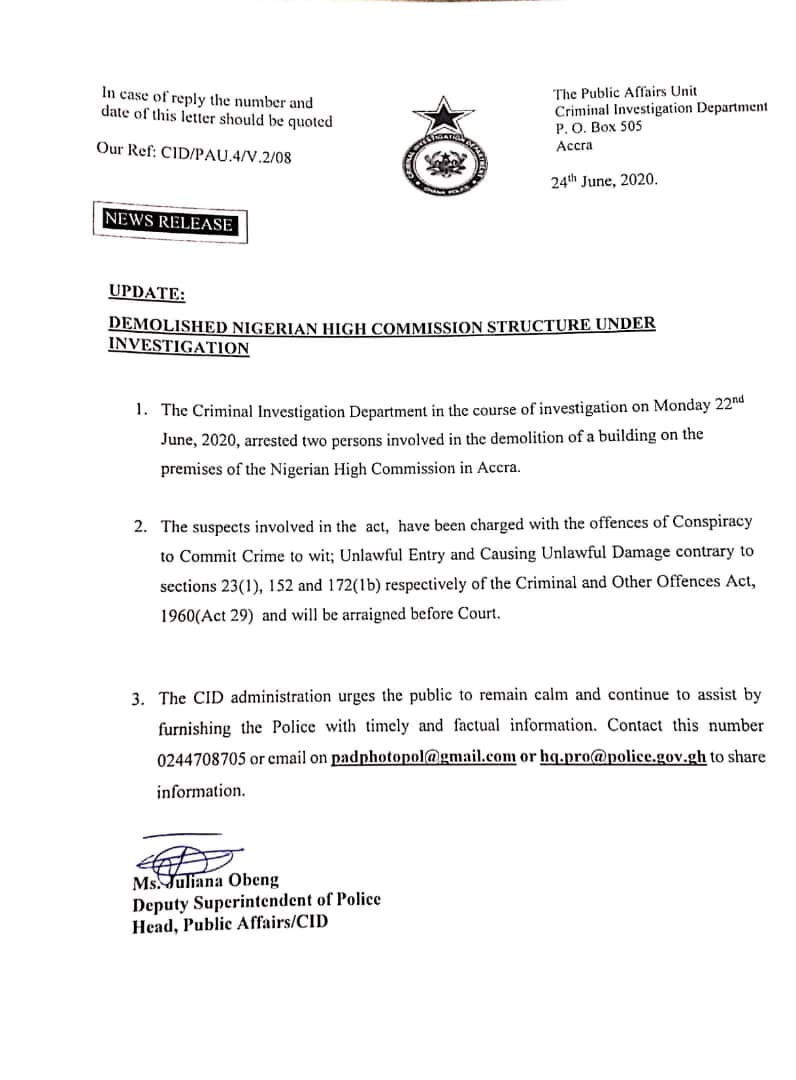 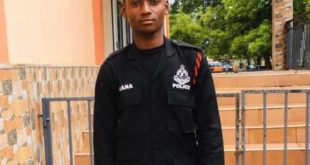