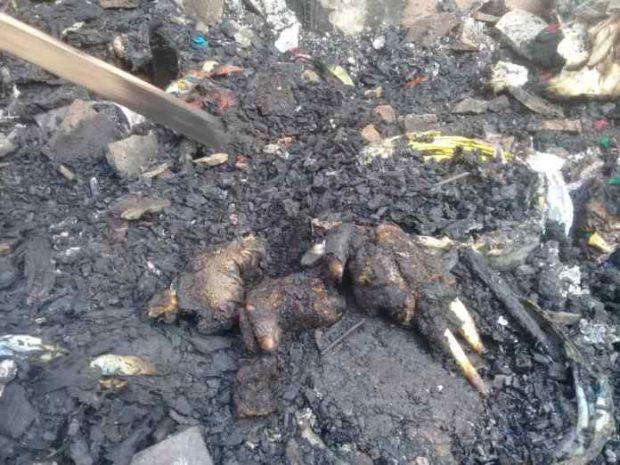 Two motor riders were on Thursday, October 28, burnt to death by irate residents of Nairobi’s Buruburu estate after they allegedly grabbed a phone from a pedestrian along the busy Jogoo Road.

According to their colleague riders, the culprits snatched the phone from a lady who was walking on the pedestrian walkway before speeding off.

Bystanders, who witnessed the events unfold, gave them a chase and caught up with them at the junction of Rabai and Mumia Roads in Buruburu estate.

The riders were immediately joined by the irate residents who immediately set the duo on fire in the middle of the road.

The boda boda operators accused the two of being part of a phone-snatching gang that has been terrorising the residents of Nairobi and in turn soiling the name of the riders.

Police officers from the nearby police station could, however, not save the duo from lynching as they arrived minutes after the two were set on fire.

The angry residents and riders told K24 Digital that they will not report such matters to the police, arguing that such criminal elements had become a nuisance.

The Nairobi police boss, Augustine Nthumbi, however, condemned the act and asked Kenyans not to take the law into their own hands.

“As much as these cases have become too much and annoying, I wouldn’t advise anyone to engage in such violent activities. We have police officers, and they are the ones who should implement the law,” Nthumbi, stated