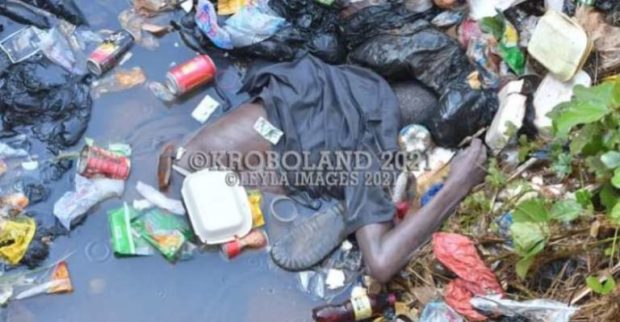 The body of the deceased was found on Sunday morning drowned in a stagnant water with plastic and other waste materials at a place called the main Manaam junction.

Although the cause of death is unknown, an eye witness who chanced on his body in the gutter alleges that it looks like he was killed somewhere, before his body was dragged and dumped in the gutter.

After a report to the Odumase Krobo Police Command, officers have been sent to the scene to retrieve the body.

The body of the deceased has been deposited at the morgue for an autopsy and preservation.

While the Odumase Krobo Police Command investigate to locate the family of the deceased to confirm his identity, officers are according to sources chasing various leads to know the cause of death and chase the perpetrators.