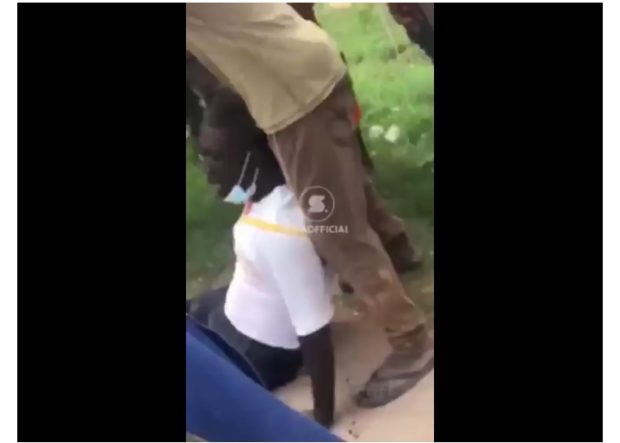 MyNewsGh.com sources have disclosed that Seargent Maxwell Kwakye of who is stationed at Sowutuom a suburb of Accra was shot in both thighs by armed robbers in yet another daylight robbery operation.

According to information available to this website, Sergeant Maxwell Kwakye had withdrawn an amount of GH¢31,850 from the Kwashieman branch of the Bank of Africa but was attacked by four armed men at the Christian Pentecostal Church, about 50 metres away from the bank.

The Police Officer is said to have been shot twice in both thighs with an AK 47 assault rifle before he left the cash on the ground for the armed robbers who bolted away with the cash.

In another separate armed robbery incident, it is reported that another gang also robbed a woman of her GH¢29,000 which she had withdrawn from an undisclosed bank.

Meanwhile, two names of notorious and daring robbers have popped up as using a red royal motorbike with fake registration numbers.

A/R: Man gets 10 years for robbing woman of 40 pieces of ice cream

38-year-old arrested with billions worth of cocaine