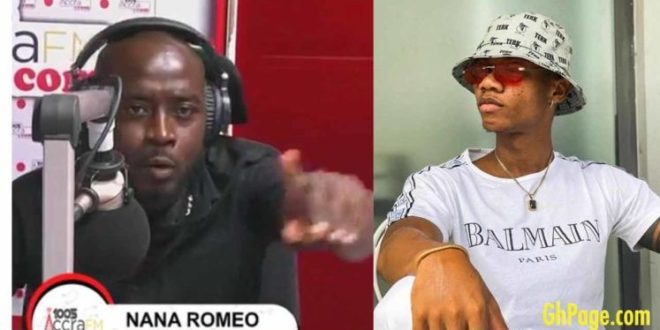 Afrobeat singer, Kidi had the shock of his life when he was blasted and sacked after showing up late for a scheduled interview on a show.

The show host Nana Romeo didn’t take it lightly on Kidi when he showed up very late for the interview for the second time as he felt frustrated and disappointed.

According to the host, his show is not to be taken for granted or disrespected hence taking that decision for not allowing the interview to come on.

Kidi, however, apologized for his actions, he also expressed his qualms about the manner in which Nana Romeo, the show host spoke to him.

The interview was however called off by the visibly unhappy Nana Romeo.

In the video, the ‘enjoyment’ hit-maker felt very humiliated and embarrassed. As many continue to praise the host for being firm, there are many who also believe that he was not fair to the musician.

What do you think about the actions of the host? Do you think he did well? Share your thoughts with us in the comments section.