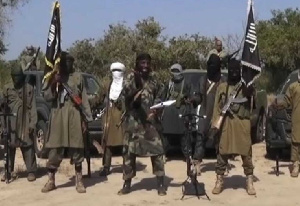 The arrest of a suspected Boko Haram leader in Abeokuta, Ogun State has caused tension in the state.

According to the reports, the suspected terrorist was picked up on Saturday night by operatives of the Department of State Services (DSS) in Ogun State.

Now, most residents of Abeokuta have been thrown into a state of panic after information about his arrest went viral in the state capital.

It will be recalled, that rumors went rife about terrorists planning to attack some states in the southwest.

The suspected Boko Haram leader was arrested at the Ijaye area of the metropolis, a reliable source told Daily Post. He initially resisted arrest before bowing to the superior power of the DSS operatives.

According to information, the Boko Haram leader who was yet to be identified left Katsina for Abeokuta, where he was employed as a security guard.

However, he had since been gathering intelligence for terrorist attacks.

Security sources hinted that the man was purposely in Abeokuta to set up terrorist cells for kidnapping and terror attacks.

He was said to have done the same in Abuja, Kaduna, and Zamfara before he moved to Abeokuta.

“However, intelligence gathering gave him out and he was promptly apprehended before he succeeded in Abeokuta,” a source said, adding that there are still many of them being monitored.

It was learnt that the Boko Haram commander is still in the custody of the DSS.

The spokesman of the DSS, Peter Afunanya, neither denied nor confirmed the arrest.

Replying to a message sent to him, he said, “No comment”.

Also, the Ogun police spokesman, Abimbola Oyeyemi, said the command was yet to be informed of the arrest.

Previous I will seize everything – Osei Kuffour threatens to storm Hearts of Oak office over $15,000 debt
Next I want to see more asphaltic roads in Ashanti Region – Asantehene tells Akufo Addo