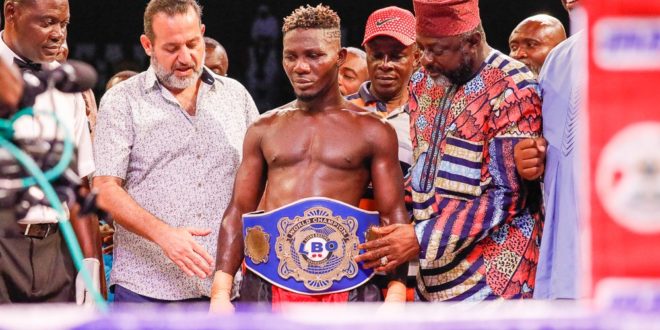 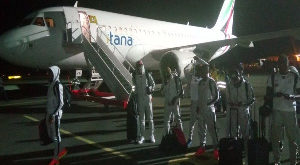 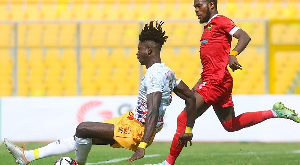 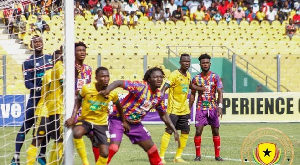 The well organized event drew thousands of boxing lovers to the boxing arena.

Alidu, now registering his 6th fight with a round 4 Knock Out (KO) was so powerful, experienced, as well as devastating on the night, giving Commey no chance to put his plans together.

In a Middleweight contest, Iddrisa Amadou with 17 fights experience of CQBF lost to marvelous Musah Lawson representing Sonia boxing gym in another thrilling bout, with judges scoring it 60-54, 60-54, and 60-54 in favour of Musah.

Aminu Quarshie expertly dispatched James Lamptey back to the Palm Springs Gym as he displayed excellent boxing skill after 2:48sec in round 2. His wife at ringside was filled with tears of joy.

Michael Ansah aka One Bullet was crowned with a new championship title.

Ghana’s Ansah ignited the Arena with an impressive victory over his Togolese opponent Komlagan Houkptin in the international LBO Lightweight championship.

Previous IGP reshuffles top officers
Next Why changing my name was the best decision I ever made? – Nana Ama McBrown 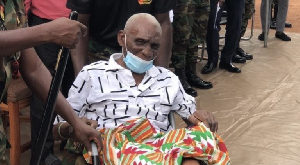 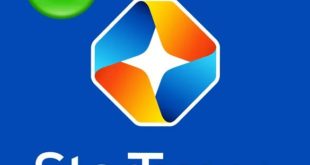