Home / ENTERTAINMENT / Do you take aphrodisiac to last long in bed? Here are the negative effects 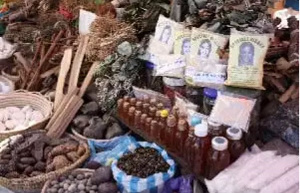 Do you take aphrodisiac to last long in bed? Here are the negative effects 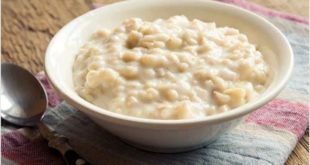 Aphrodisiac is simply food, herbs or drinks that improve the sexual performance of anyone who consumes them.

However, in reality, most men are referred to as low performers in bed even if they meet the 13 minutes time duration.

This phenomenon has compelled most people, especially men to look for sexual enhancers or aphrodisiacs to make them last longer in bed.

According to the National Library of Medicine, USA, more than 25 million people worldwide use aphrodisiacs.

It is worth noting that, there are different types of aphrodisiacs; organic aphrodisiacs which include banana, watermelon, ginger, banana; and pharmaceutical aphrodisiacs such as Viagra, Maca, Tribulus and many others.

Research has also proven that many people prefer pharmaceutical aphrodisiacs to the organic ones because of their quick effects but are these sex-enhancing drugs good for the human body?

GhanaWeb brings to you the harmful effects of aphrodisiacs everyone must know. The effects were research on by WebMD.com, a US online portal for medical research. It is worth mentioning that organic aphrodisiacs do not have the effects below.

Research has shown that aphrodisiacs have chemical substances that are dangerous to the body’s vital organs such as the liver or kidney. Once damaged, these organs can be difficult to repair, and death may result.

Other side effects of aphrodisiacs include stuffy nose, headaches, stomach pain, upset stomach, nausea, diarrhoea, memory problems, back pain, an inability to differentiate between the colours green and blue, loss of hearing, ringing in the ears, and dizziness.

Risks of stroke, and infertility

Experts warn that if you love to use sex-enhancing drugs, you risk non-communicable diseases such as stroke, cancer, and liver cirrhosis.

Other side effects include the development of fewer red blood cells (anaemia), which may ultimately result in dizziness, severe headaches and unconsciousness.

A former Director-General of National Agency for Food and Drug Administration and Control (NAFDAC), Dr. Paul Orhii, notes that while aphrodisiacs truly intensify and prolong sexual performance because of increased blood flow to the genitals, it could also result in hypotension – that is a drop in blood pressure.

When blood pressure drops, physicians say it is even more dangerous than hypertension, as it takes quite a lot of effort to restore it to a normal level.

Another frustrating thing about aphrodisiacs is that, in the long run, they do the exact opposite of what you want them to do! One of such is that they decrease your ability to get erection naturally; and even after prolonged use, your body gets used to it, such that it’s no longer effective.

That’s the time people resort to higher dosage, which may lead to death! 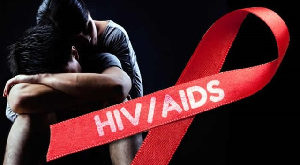 HIV/AIDS has killed up to 40.1 million people and infected 84.2 million over the past …