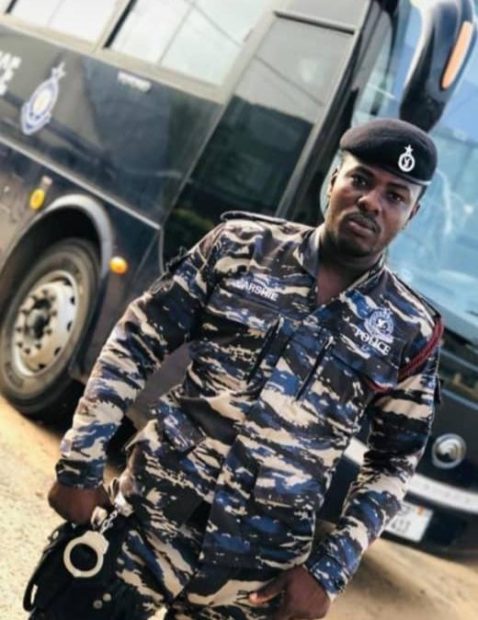 A Police Constable has been crushed to death while on duty at the Akwadum barrier along the Koforidua to Suhum highway in the Eastern Region.

The Police officer, General Constable Christ Quarshie died while on admission at 37 Military Hospital in Accra.

The accident occurred on Thursday, December 9, 2021 about 12.10 am while on duty with other colleagues.

On reaching a section of the road at Akwadum Police Check Point he crashed into the barricade and knocked down the police officer.

Victim sustained injuries and was rushed to St. Joseph Hospital in Koforidua where he was admitted for treatment

He was however transferred same day at about 7.00 am to 37 Military Hospital, Accra for further treatment.

Unfortunately, Constable Christ Quarshie died on Friday, December 10, 2021, at about 1:00am.

The body has been conveyed to the police hospital.

According to the Public Relations Officer of the Eastern Regional Police Command, the suspect driver is in police custody assisting investigation.

MTN staff risk getting sacked next year over COVID-19 vaccination