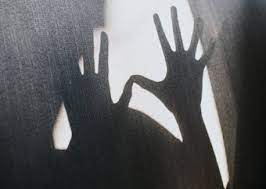 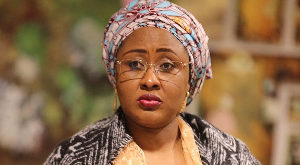 The Eastern Cape towns of Komga, Mthatha, Maclear, Ugie, Port Alfred and Keiskammahoek dominate the top 10 list of sexual offence capitals in the country for the first quarter of 2022.

According to News24’s CrimeCheck online tool, the towns are among the 10 police precincts with the highest reported numbers for sexual offences.

The precinct with the highest sexual offences is Brandfort in the Free State.

It is followed by Komga in Great Kei Municipality, Madeira in Mthatha, Petrusburg in Bloemfontein, and Maclear.

CrimeCheck has been designed to help South Africans understand their risk of becoming a victim in a country where crime levels are among the highest in the world.

Senior researcher in the Crime and Justice Programme at the Institute for Security Studies (ISS) Dr Chandré Gould said, while it might be that in the areas highlighted there are more cases of sexual violence than elsewhere, it’s also possible it was where reporting was higher.

Poverty was the driving force behind these acts of violence, she said.

“These are areas that have suffered many years of oppression, poverty and violation and where there are poor or no services. It is therefore unsurprising that they are violent. These factors intersect in toxic ways,” said Gould.

The police cannot be blamed for high levels of sexual offences, since most cases are between people who know each other, in private spaces, she said.

“What the police are responsible for is ensuring that women who do report are treated with dignity and respect and their cases handled well to enable their violator to be held to account,” Gould said.

“Sexual offences happen in [an] un-policed setup, hence communities should be educated more on both preventative and reactive approaches to these crimes,” he said.

Gola said one needed to interrogate the SAPS’ operational plans and responses to these crimes and understand how much of community participation there was in deriving solutions.

Policing is meant to service communities and by law, the communities are supposed to suggest ways of how their areas should be policed.

One of the incidents that horrified the nation in the first quarter of this year happened in February in Maclear, where a 27-year-old woman was allegedly murdered, raped and then cut in half by a 55-year-old man.

Her friend reported her missing, three days after she had disappeared while they were drinking at a local tavern on the night of 25 February.

After a brief police investigation, the police arrested the suspect four hours after the crime was reported.

The police later found the body of the missing woman inside a toilet in an area known as TV Park in Maclear.

The suspect appeared in Maclear Magistrate’s Court on 3 March.

The police and the National Prosecuting Authority (NPA) were unable to immediately give more information on the development of the case.

Roelofse said: “The matter was remanded for a High Court date. We are awaiting the director of public prosecutions for a date in Grahamstown.”