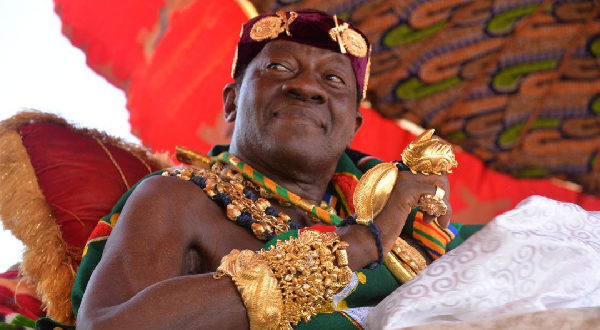 The New Juaben South Municipal Director of Education Victor deGraft -Etsison is requesting for a temporal closure of both public and private schools in the Municipality due to the final funeral rites of the late paramount Chief of New Juaben Traditional Area , Daasebre Prof.Emeritus Oti Boateng and the Queenmother Nana Yaa Daani II.

A letter written to the Eastern Regional Director of Education stated that ” the New Juaben Traditional council has indicated that the climax of the funeral period is Monday 16th of May,2022.The final funeral rites comes with all its feature Viz .The presence of top government officials , traditional rulers including His Majesty Otumfo Osei Tutu II ,Asantehene, Executioners , gun shooting, ban on noise making, closing of shops etc “.

Subsequent to the above ,the Education Directorate writes , knowing well the curiosity and inquisitiveness of its pupils ,to seek your permission to suspend all school sessions on the said day Monday ,the 16th of May,2022 for both Public and private schools in the Municipal to avert any unforseen circumstances and to offer its minimum respect to the traditional council during the said period.

School sessions would however ,resume on Tuesday ,the 17th of May,2022” the letter concluded .

The Omanhene of New Juaben Traditional Area Daasebre Prof.Emeritus Oti Boateng passed on in August 2021 while the Queenmother died first week of January 2022.

As part of the funeral rites, the New Juaben Traditional Council has placed one month ban on noise making and all other social and religious activities associated with noise making ahead of the scheduled funeral on 13th of May and 18th of May 2022.

Addressing the media on Monday March 28,2022 ,the Gyaasehene of New Juaben Traditional Area Nana Twumasi Darkwa said ,as part of measures put in place to have a befitting burial ceremony “Doti yie” for the late Omanhene and queen mother, effective 18th April to 18 May , 2022 there will be ban on drumming , wedding, funeral, and any other activities which are likely create noise in the New Juaben Traditional area.

He added the traditional council has again placed a ban on all brisk business activities in the new Juaben traditional during the funeral with exception to food sellers and chemicals shop operators .

He said anyone who defaults will have his or her goods seized by a taskforce that will go round to ensure compliance.

Previous 2024 polls: Mahama will be the best candidate for NDC and NPP – Gabby explains
Next 40-year-old mechanic butchered, stabbed to death at Aboaso