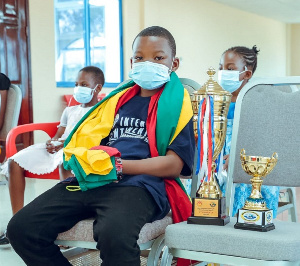 • Arhin is a primary six pupil at the UCC Basic School

A primary six pupil of the University of Cape Coast Basic School, Angel Kwame Ankamah Arhin, has lifted the flag of Ghana high at the 2021 Intercontinental Spelling Bee competition in Dubai.

11-year-old Angel Arhin, who represented Ghana at the competition, earned the second runner-up position in the world competition and was subsequently adjudged the best in Africa.

The final of the 2021 Intercontinental Spelling Bee competition was held in Dubai on September 24, 2021 with the aim of testing the English-speaking prowess and wordplay of school pupils.

Kofi Sekyiama Pobee, a coordinator who spearheaded Arhin’s sponsorship to the competition, expressed excitement for the feat achieved and called on the Ghana Education Service to institute a scheme that supports pupils who may participate in future international competitions.

The Central Regional Minister, Justina Marigold Assan, who was later presented with Arhin’s trophy from the competition, encouraged him to let the achievement propel him to excel further in his academic pursuit.

“Your performance represented the power of your brain which is worth celebrating. This is to encourage the younger generation to learn from your achievement,” the minister told the award-winner.

Prior to earning a third-place finish at the Spelling Bee competition, Angel Arhin also emerged as winner at the inter-schools tournament in Ghana and later went on to represent the country at the international level. 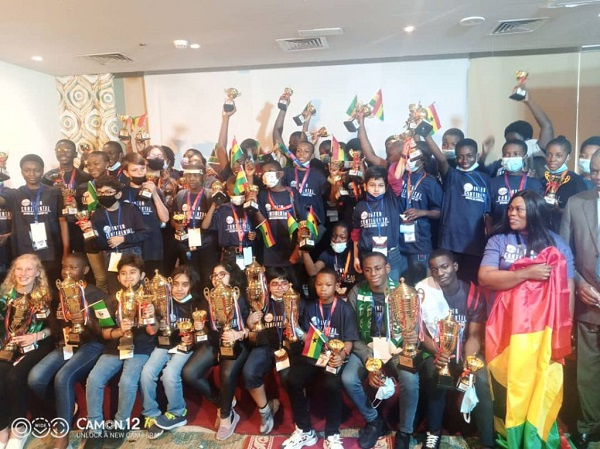 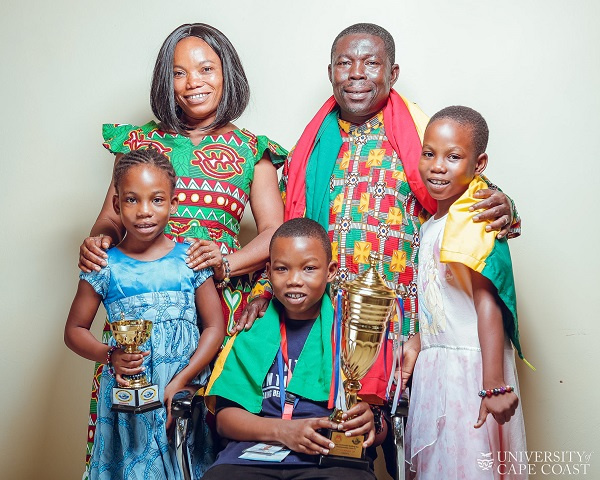 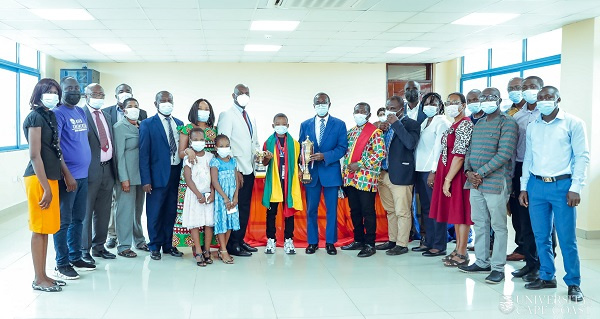 Related Topics:internationalSpelling Bee
Up Next

Creative Arts, Kufuor, Bosomtwe Girls’ SHSs ready for use in 2022