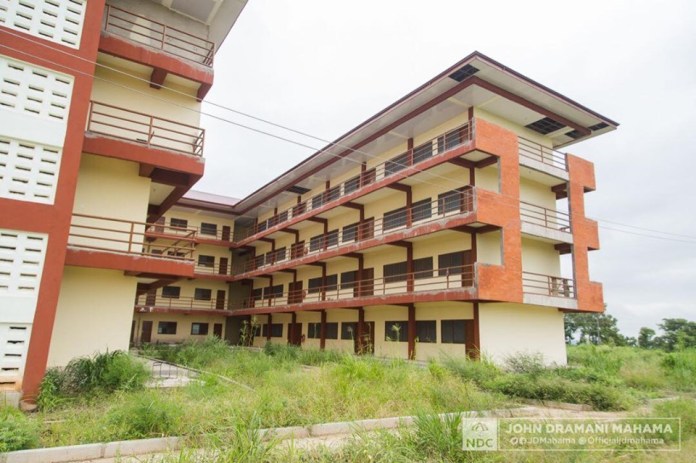 Former Deputy Ashanti Regional Minister Mr. Joseph Yammin has responded to critics blaming the erstwhile National Democratic Congress (NDC) government for siting the Day Senior High School E-Block in bushes to channel their blames to Chief of those communities instead.

According to him, the National Democratic Congress (NDC) did not play a major role in the siting of the schools Former President John Dramani Mahama built during his government.

Speaking in a in discussion with Mr. Collins Ntim Deputy Minister of Local Government on Nhyira Fm in Kumasi Mr. Yammin quizzed “Are you saying that the chiefs didn’t know there is enough land in their towns and yet they went ahead and gave us land in bushes? It was the government that built them, but traditional authorities allocated lands to government; so how come it has become the fault of NDC building schools in the bush?

Mr. Yamin’s argument was in response to critics mostly from the ruling New Patriotic Party (NPP) that, the effort of the NDC to build E-Blocks across the country was defeated because they were sited at the outskirt of the communities.

But explaining further, the former Deputy Sports Minister in his discussion monitored by MyNewsGH.com noted that, “the policy of the E-Block was that, government invest with money whiles local authorities (Chiefs) allocate lands for it”.

He defended his party saying though most of the E-Blocks by the NDC were cited in the outskirt of towns; the other side of it is that, these Blocks are going to boost commercial activities around the area within which they were site.

Mr. Yammin thinks as a result, people will begin to get closer to the infrastructure and develop the areas as well.