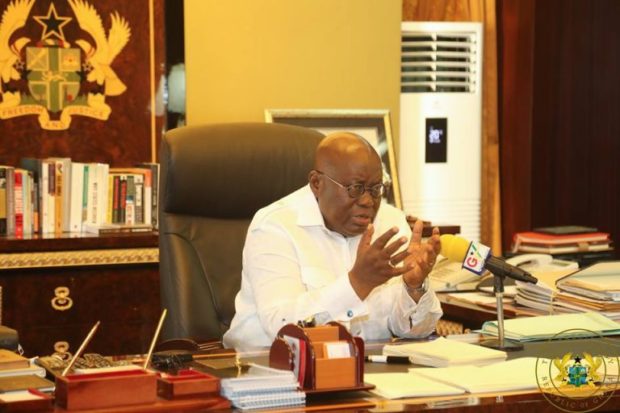 Graduates of the School of Social Work have appealed to government to immediately recruit them to fill vacancies at the various district social welfare departments across the country to stabilize society.

The over 400 trainees, some of whom completed their studies in 2010 and 2012 made the plea at a press conference.

They said a petition they sent to the government in early 2019 requesting for employment had been attended to.

Ms Margaret Deynu, President of the Unemployed Social Workers, said it was a misplaced priority on the part of Government to employ unskilled labour while professional social workers were ignored. . Ms Deynu added that “the irony of the whole issue is that as at Friday there were districts with no staff at the social welfare units. Some only have one staff and at certain places, they are nearing retirement”.

“It is of utmost importance to note that every district across Ghana has a social welfare department where social workers are supposed to be employed to carry out duties just as Ghana Health Service and Ghana Education Service does for nurses and teachers. ”

She said on a daily basis, issues that required the services of the social workers at the various Social Welfare Departments cropped up in the districts, yet the units were grossly understaffed to efficiently attend to such issues, while they have been denied employment to practise their acquired knowledge and skills.

She noted that it was pathetic that the vulnerable were often turned down on grounds of mental, financial and in some cases ignorance when they attended health institutions because social workers who had been professionally trained to handle such persons no longer existed at such establishments.

“We are demanding social justice for clientele who comes to the social welfare units. It is their human right to have access to officers who have basic knowledge and skills in social work, ” she noted.

She expressed worry that even though the School of Social Work was the only recognized professional training school under the Department of Social Welfare and the Ministry of Gender, Children and Social Protection (MGCSP), mandated to train staff for the department of social welfare, graduates like them had been denied employment at the department.

According to them, they had on countless occasions argued that the problems in the Ghanaian society such as child trafficking, probation services which involves court work, casework, aftercare services, juvenile delinquency, and other key functions of social welfare required the attention of professional social workers.

They wondered why students from their sister training institutions such as Nurses Training, Teacher Training, and Environmental Health Training schools were always recruited, and given employment postings upon graduation while graduates of School of Social Work were denied same opportunities.

The School of Social Work was established by the government as a tertiary institution in 1946, and mandated to train professional social workers as a source of staff for the Social Welfare Department.