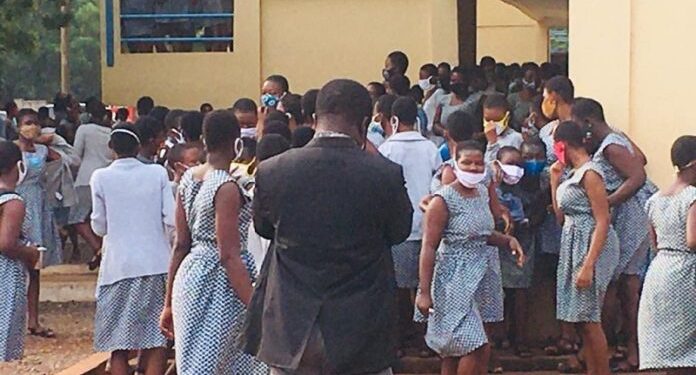 Four final year students of Zebilla Senior High Technical School in the Upper East Region who have been remanded into Police Custody by a Bawku Circuit Court have been denied access to write the ongoing West African Senior Secondary Certificate Examination(WASSCE).

The students in the early hours of Monday, August 3, appealed to the Zebila Police Commander to allow them to join their colleagues to write the exams, but their request was declined.

According to the Police, the suspect students return to custody could not be guaranteed, and sending them to the examination hall under armed guard could create an intimidating atmosphere for the other candidates.

In an interview with TV3 monitored by Kasapafonline.com, the Headmaster of the School, Richard Ayabilah regretted the development but stressed that the due process must be followed.

The students together with three others were accused of rioting, causing unlawful damage and disturbing of Public peace.

Some students of the Zebilla Senior High Technical School( Zebilla Sectech) vandalized school property as well as the property of the headmaster over the seizure of their mobile phones by school authorities.

The students, all third-years, went on the rampage on Saturday 25 July at about 9:30 pm, destroying school vehicles and other school property in protest against the seizure of their phones and punishment being meted out to them for possessing the phones and charging them through illegal electrical connections

The enraged students sent teachers and other workers fleeing for their lives as they pelted stones and wielded sticks and clubs which were meant for whipping the teachers.