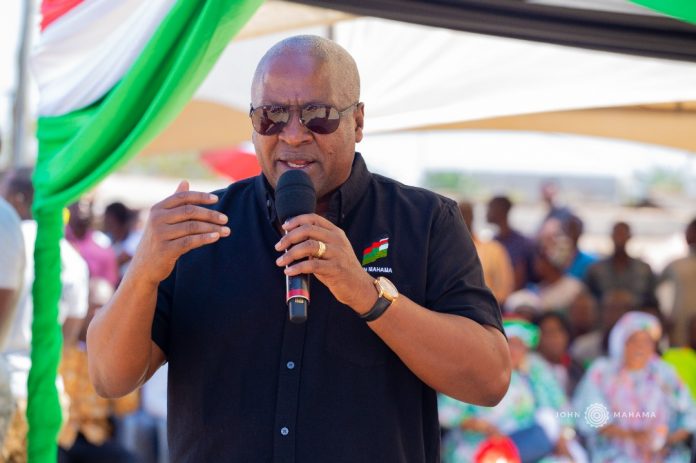 Former President John Mahama has urged Ghanaians to dismiss suggestions that he will cancel the free SHS policy if he wins the December polls.

According to him, what he is against about the policy is its ‘poor’ implementation by the Akufo-Addo government – which initiated it.

“Free SHS has come to stay. If anyone comes to you that I, John Mahama, the son of E.A. Mahama is going to cancel FREE SHS, tell that person he or she is a bloody liar.

“What I am against is the poor implementation that has put a lot of burden of parents,” Mr. Mahama told a gathering in the Northern region where he is currently campaigning.

The Free policy which was a campaign promise of the then New Patriotic Party candidate Nana Akufo-Addo was implemented when the party won the December 2016 elections. The policy enables all eligible secondary school students to attend public secondary schools free.

Many in the ruling party have consistently accused the opposition NDC and the former President of plans to cancel the project if they get back to power, an accusation they dismiss.