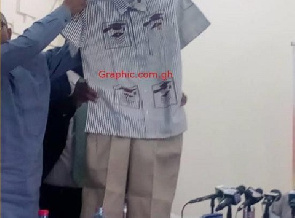 The Ghana National Association of Teachers (GNAT) has hailed the introduction of a new basic curriculum as part of ongoing reforms within the education sector, which will take effect from the 2019/2020 academic year.

GNAT is particularly enthused with the introduction of History as a subject, saying it will help the development of the nation.

GNAT adds that the national assessments at Primary 2 to Primary 6 to ensure that children’s performance is being tracked is another good reform in the education sector.

Per the reforms, the number of learning areas in KG is to be reduced from seven to four, integrated into themes. However, these will be treated with more depth.

In lower and upper primary, the number of subjects remains the same.

However, there will be fewer concepts and more in-depth treatment of concept in each subject. Further, there is greater emphasis on literacy and numeracy.

The introduction of standards-based curriculum means that at every stage in school, a student is expected to demonstrate an understanding and mastery of knowledge and skills that they are expected to learn as they progress through their education.

There will be national assessments at P2, P4 and P6 to ensure that children’s performance is being tracked.

In addition, the history of Ghana will be compulsory for each child from P1 to P6 and Religious and Moral Education (RME) will be a stand-alone subject.

Physical Education (PE) will also be a stand-alone subject and will be taught practically while French will be introduced at Upper Primary.

Speaking in an interview on Onua FM’s Yen Sempa hosted by Bright Kwasi Asempa on Friday, the General Secretary of GNAT, David Ofori Acheampong, said “we have complained a lot about this that the subjects are too many considering the ages of the children”.

The GNAT scribe said the introduction of History (of Ghana) as compulsory for each child from P1 to P6 is a good thing.

“The re-introduction of History is good because all over the world, nations that have progressed studied the history of that country but we threw it away,” he explained.

Mr. Ofori Acheampong said another good thing about the reform is the national assessments at P2 to P6 to ensure that children’s performances are being tracked.

“The national assessment for primary schools is also good because it is a new programme so there should be a way of assessing the system to ensure progress,” he said

He said the introduction of the new uniform “will be a motivational factor for the pupil because children wear the same dress throughout the period of being in school”.

“We don’t see the different between lower primary and the upper primary so it has its positive side. The children will know that I am moving to a different class so I will no longer wear this dress again,” he explained. 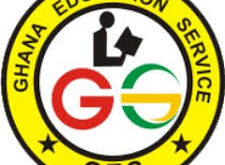 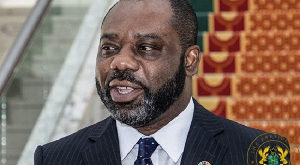