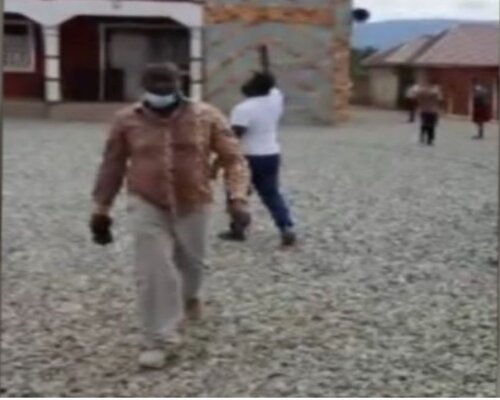 The proprietor of the Bright Senior High school at Kukurantumi in the Eastern Region has been granted self recognizance bail by the Akyem Tafo police command following his arrest this morning.

Bright Amponsah was arrested by a team of police officers on Friday when he will be billed to address the media after yesterday’s attacks on WAEC officials by students of the school.

His arrest was triggered by a complaint by officials of the examination body yesterday.

Some students of the school yesterday attacked officials of the West African Examination Council (WAEC) supervising the ongoing WASSCE examination in their schools.

The angry students allegedly smashed the phones of the officials and injured one of them.

Sources say the students allegedly clashed with the officials over social distancing in the examination hall, insisting the invigilators were too strict on them.

The presence of a few police officers following a distress call calmed the situation.

The agitated students, realizing that the police had left, attacked Emmanuel Pacome, a reporter with the Daily Graphic when he was spotted taking videos of the incident.

The students crossed him with a motorbike they were riding on at an obscure place after he had fled from the school compound and unleashed severe bearings on him.

The reporter sensing danger jumped on to a moving commercial vehicle to save his life.

But eyewitnesses say the rampaging students kept hitting him until they took his mobile phone and his bag containing his personal belongings.