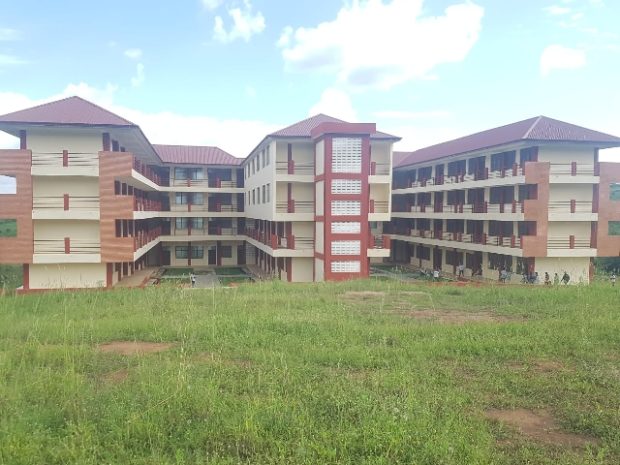 The Minority in Parliament has served notice that it will trigger a series of actions to demand accountability from thegovernment in respect of some abandoned E-block projects started by the John Mahama administration.

Wrapping up a two-day tour of the Greater Accra, Volta and Eastern regions to ascertain the progress of work of the various E-blocks, the minority members of the Education Committee expressed disappointment that the government has not shown commitment toward completing the projects.

The team toured facilities at Sege in the Greater Accra region; Aflao and Ziope in the Volta region, as well as Oborpah, Sekesuah and Apersuah in the Lower Manya Krobo and Yilo Krobo constituencies of the Eastern region, respectively.

Speaking to the media after the tour, the Deputy Minority spokesperson on education, Dr Clement Apaak, explained that the caucus will resort to every parliamentary process to demand accountability from the government, especially when a $1.5 billion GETFund facility was approved in 2018 by the house for what was termed Critical Education Infrastructure.

Dr Apaak said: “What exactly is the game plan of this government?”

“Is it the case that they don’t care about the existence of the double-track or are they letting the students and teachers and non-teaching staff suffer in overcrowded schools simply because these E-blocks were initiated by the NDC and John Mahama?”

“These E-blocks are critical educational infrastructure, as captured in the memo by this same Akufo-Addo-Bawumia government to parliament for $1.5 million”.

“They ought to put them to use.”

For his part, the Chief of Apersuah, Nene Bawa Tetteh, was unhappy the school has been completed but left to serve as a habitat for rodents