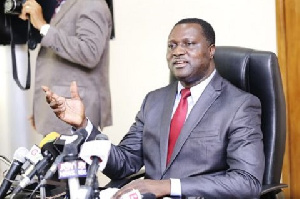 On Thursday, a reporter with the Daily Graphic in Koforidua, Damalie Emmanuel Pacome, was attacked by students of Bright Senior High School in Akyem Kukurantumi.

The students holding Knives, cutlasses, sticks and stones chased the Journalist who was in the school to verify reports of attacks on invigilators by the students.

They reportedly accosted and seized his mobile phone in the school. Sensing danger, the Journalist took to his heels for safety but was pursued for about 15 minutes by the mob of students from the school towards the Kukurantumi township.

Some of the students reportedly jumped on a motorbike to cross the Journalist on the way and hit him several times with sticks, seized his bag and attempted to lynch him but a Commercial driver rescued him into his vehicle.

Starr News Eastern Regional Correspondent Kojo Ansah reports that the students were heard saying “we have paid Ghc6000 bribes each you Journalists want us to fail. We will beat you up”.

Speaking on Starr Today, the Deputy Education Minister said WAEC will commence investigations into the isolated incidents of violence and appropriate sanctions will be meted out to them.

“This is something that should not be happening, they [students] are not there to learn, it appears they are there to just pass exams. WAEC is going to take actions against these things.

“Action will be taken against them by WAEC, it is for WAEC, we don’t want to go there and interfere, a number of private schools are doing the right thing and making sure their students pass.”

Related Topics:WASSCE violence
Up Next