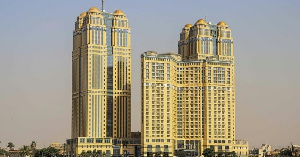 Egypt’s public prosecutor said Wednesday it has ordered an investigation into a gang rape allegation at a luxury hotel in Cairo in 2014 that surfaced on social media last month. “The Public Prosecution received a letter from the National Council for Women, accompanied by a complaint filed by one of the women who endured sexual abuse by several people at the Fairmont Nile City Hotel in Cairo in 2014,” the public prosecutor said in Wednesday’s statement.

Attached to the complaint lodged Tuesday “were testimonies from people with knowledge about the incident,” the prosecutor added.

Results of the investigations will be announced “in due time,” the statement said.

The alleged assault, which took place at a five-star Cairo hotel, involved a group of six men said to have drugged and raped a young woman, according to social media accounts

Names and pictures of the accused, who hail from wealthy families, have circulated widely online but AFP has been unable to verify their authenticity.

The council “stands by every woman and girl exposed to any… threat by providing all necessary support”, it said.

In a statement last week, the Fairmont Hotel said it had conducted an internal investigation but found “that at no time were any reports of the incident filed to the hotel, nor to the hotel’s tourism police”.

The allegations come as part of a resurgent #Metoo wave in the deeply conservative country, seeking to hold sexual predators accountable for their actions.

A 2013 study by UN Women found that 99 percent of women in Egypt had at some point in their lives been sexually harassed, either verbally or physically.