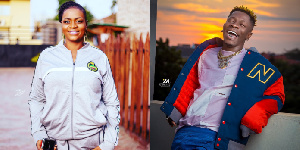 Following the back and forth that ensued between musician Shatta Wale and Aisha Modi which was characterized with strong language on Instagram, social media has reacted.

Many of these social media users are either fans of Shatta Wale who are hailing him for tearing Aisha Modi apart or neutrals who are just enjoying the violence.

Earlier today, Shatta Wale went on Instagram live session to address some personal issues he has with Aisha Modi and some serious allegations that have been levelled against him and fuelled by the same person.

The SM Boss, as we know him, sent a strong message to Aisha Modi and threatened to beat her up.

He also used the same medium to clear some accusations.

No sooner had Shatta Wale finished with his ranting than Aisha Modi also went live on Instagram. She added more fuel to the fire and sent some strong unreserved words to Shatta Wale.

This feud or better still a virtual expression of animosity towards each other by Shatta Wale and Aisha Modi has got many talking on social media.

For some, Shatta Wale must move away from fighting people while to others, Aisha Modi deserves all the heat from Shatta Wale.

Check out some of the views below: 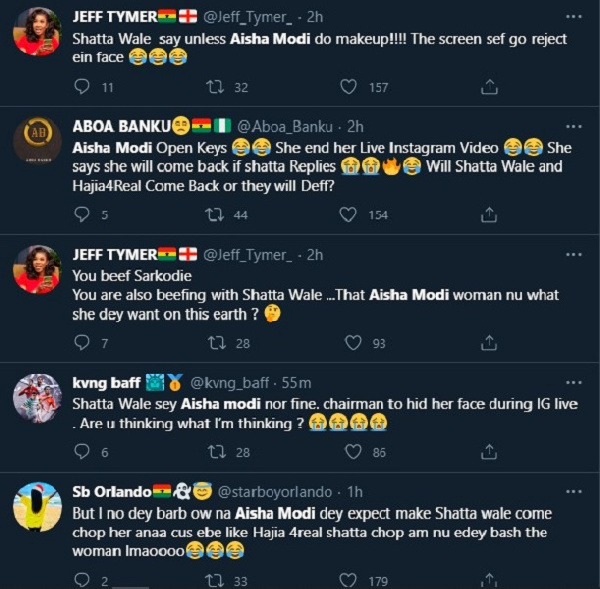 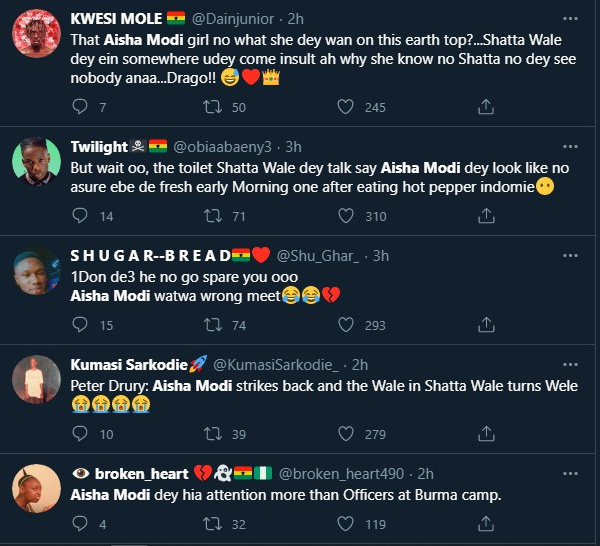 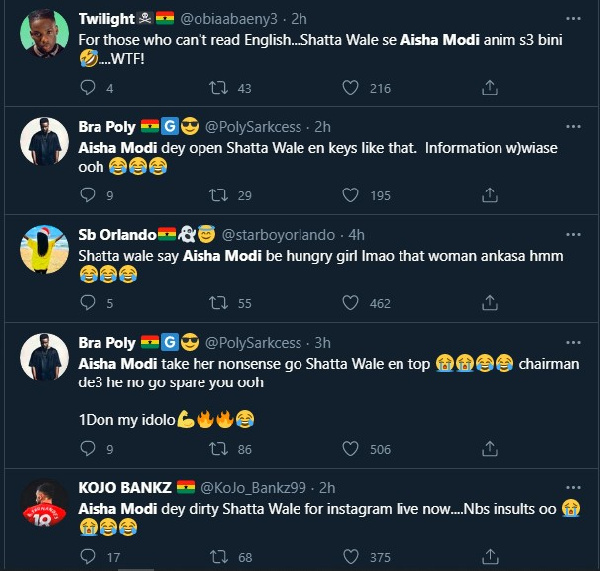 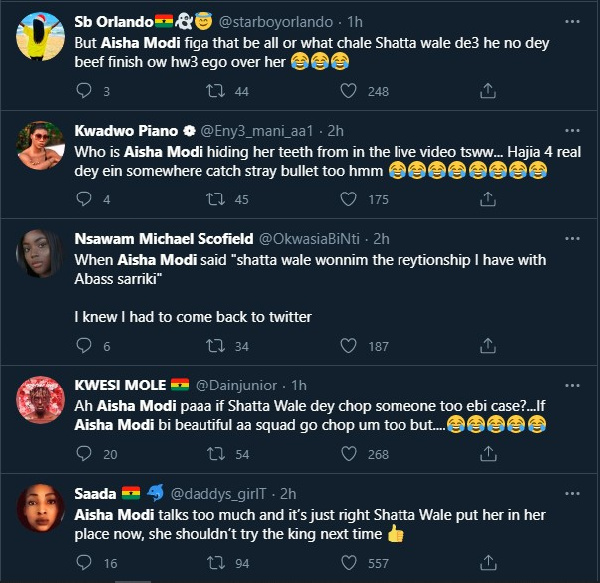