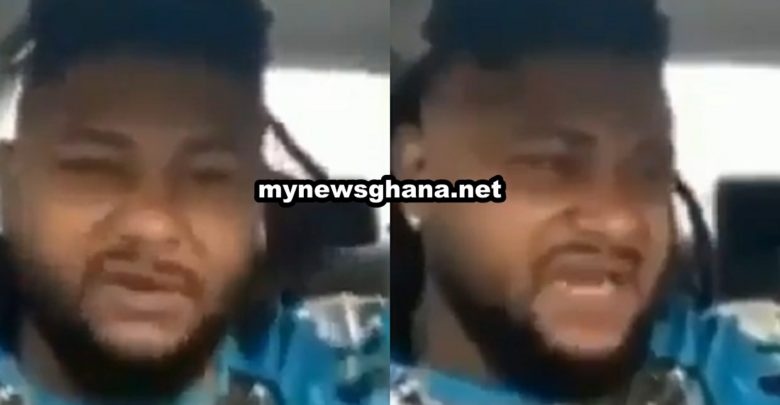 A member of Shatta Wale’s collapsing Militants, Captan has threatened to ruthlessly deal with Kelvyn Boy.

In a video available to us, Captan issued a warning to Kelvyn Boy to be mindful of how he speaks else he will slap him.

Captan became furious following a comment made by Kelvyn Boy that the Militants are begging him for a collaboration.

He charged Kelvyn Boy to be specific about those who are begging him for the collaboration, whether Addi Self, Joint 77 or Natty Lee because he is not part of them and he hasn’t approached him for any collaboration.

Captan revealed he is now a solo artiste.

He was shocked about his colleagues begging Kelvyn Boy, whom he described as a small boy and Kelvyn Boy of yesterday for a collaboration.

Captan said Kelvyn is now bragging about his hard work because of the gross ignorance exhibited by his colleagues.

Shockingly, Captan stated that he doesn’t know Kelvyn Boy and he has not heard any of his songs.

This comes after Shatta Wale’s announcement that he has sacked the militants who were not writing any sensible songs and failed to make him and the SM fans proud.

Watch the video of Captan threatening to slap Kelvyn Boy below.