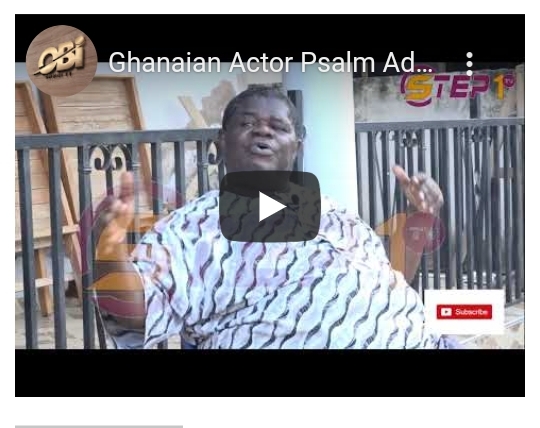 MyNewsGh.com gathers that Vice President Dr. Mahamudu Bawumia has come to the aid of Psalm Adjeteyfio known popularly for his role in the TV series Taxi Driver.

TT as he is popularly known as in an interview disclosed that he needs an amount of GHC 3,000 for his rent or risk been evicted.

He said regardless of the name he made for himself, he could not put up a structure he could call his own.

“I do not even have a place I could call my own, I live in a rented apartment”, he said.

But in a comment on Facebook, lawyer Akbar Yussi Khomeini who works at the office of the Vice President said “Truth is that we have already dealt with it this morning. I am meeting them tomorrow to hand over money to them”.

Meanwhile, MyNewsGh.com sources close to the Vice President indicates that the Second Gentleman is working on securing a permanent accommodation for him.