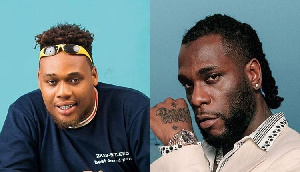 Interviewed by host, Kojo Manuel on Y107.9FM’s Dryve of Your Lyfe, he explained that leaving the label was not because there was any bad blood between them but simply because his contract had ended.

“The love and respect for Burna as a person, as an artiste and as a mentor generally, stays forever because I still have that love for the record, the persona, and everything but sometimes, plans have to change and strategies have to change. It’s only right sometimes for growth”, he said.

Buju was signed to Spaceship Collective for a year, under which he released a couple of singles and features with Burna Boy himself, Zlatan and other artistes.

Buju has recently gained a lot of recognition with his feature on Ladipoe’s jam ‘Feelings’, and he also featured on Wizkid’s recent ‘Made in Lagos’ album on a song titled ‘Mood’.

Celebrities whose ‘unusual’ body types made them popular