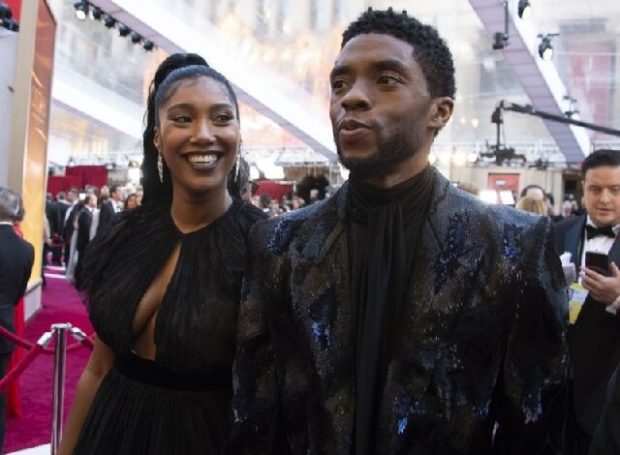 The Black Panther star’s widow, Taylor Simone Ledward, filed a petition for probate in Los Angeles on Thursday, according to documents obtained by multiple outlets. The actor, who lost his battle to colon cancer on Aug. 28 at the age of 43, died “intestate” — meaning he had no will.

Ledward, who quietly married Boseman amid his secret, four-year cancer battle, requested to be made an administrator of his estate. Entertainment Tonight reports she is seeking to have “limited authority,” which means she’ll need court approval to sell any real estate.

According to the documents, the value of Boseman’s estate is estimated at $938,500. However, much of his wealth is believed to be held in trusts, as he made millions starring as the iconic Black superhero in the Marvel film as well as portraying Jackie Robinson in 42, James Brown in Get on Up and Supreme Court Justice Thurgood Marshall in Marshall, to name a few.

Beyond Ledward, Boseman’s only family members listed in the court papers are his parents, Leroy and Carolyn Boseman. The actor is also survived by two brothers — Derrick and Kevin Boseman recently reminisced about Chadwick in a New York Times story.

Next in the legal process with be a hearing — with the petitioner being required to give notice to anyone who may have the right to part of Boseman’s estate. (These things can take years, especially if contested. See: Prince, though that is an extreme case.)

Boseman and Ledward were first publicly linked in 2015 — before he was diagnosed with colon cancer. They became engaged in October 2019 and quietly married days before his death.

At the 2019 NAACP Image Awards, Boseman sweetly shouted out Ledward while on-stage as he won for his role in Black Panther. “Simone, you’re with me every day. I love you,” he said. She mouthed back the words, “I love you.”

The star kept his years of treatments and operations a secret too, so his death — at his home, with his wife and family by his side — stunned even his famous friends.