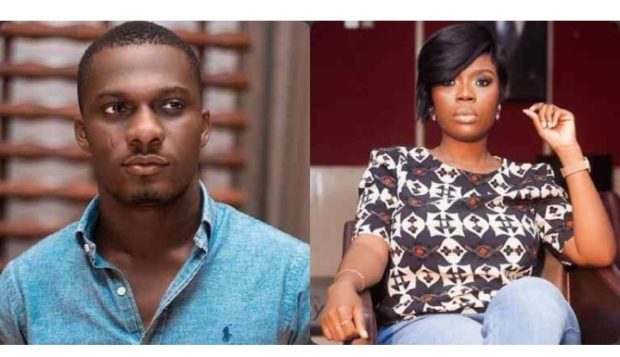 Deloris Frimpong-Manso aka Delay has subtly jabbed Minalyn and Erica Kyem after they were both impregnated by Ghanaian blogger, ZionFelix at the same.

Reports emerged in the media that Minalyn had delivered a baby girl for Zionfelix.

The reports had been encouraged by an Instagram account opened in the name of the newly-born baby.

Mina, who is popularly known as Minalyn, confirmed the news of her childbirth on Friday, September 2, 2021, by sharing baby bump photos.

In a post on his Instagram page after Minalyn’s photos, Zionfelix indicated that the year 2021 has been his best ever because he has become a father for the first time.

In a post on his Instagram page after Minalyn’s photos, Zionfelix indicated that the year 2021 has been his best ever because he has become a father for the first time.

Details are sketchy and it is not known exactly when Erica gave birth, but GhArticles.com has sighted an Instagram account for the baby.

The account is in the name of Felix Adomako Jnr and also has flags suggesting that the boy is based in Ghana, Italy, and the UK.

Following that, Delay reacted to the ongoing relationship scandal of ZionFelix and his two baby mamas.

Delay first of all praised Zionfelix for being a good person to accept both pregnancies and to father the two babies.

However, she did not understand why Minalyn and Erica fell so cheap for someone like Zionfelix to play with their hearts like that.

She therefore expressed her disappointment on both women after they go pregnant for one man and are seriously fighting over him on social media.

Swipe to listen to Delay speak;

Ghana’s number one blogger, Zionfelix is clashing two two ladies heads together and its very alarming.

Well, it is none of my business though, since both ladies are ready to battle it out for the popular Ghanaian blogger’s heart.

However, Mina Lawal famed as Minalyn Touch seems to winning the race ahead of her bitter rival Erica as Zionfelix is spotted in a romantic video proposing to his first baby woman.

In the viral video sighted by GhArticles.com, Zionfelix dressed like a groom while Mina Lawal clad in a  red straight African print – her baby bump was also showing as well.

The blogger went on his knees pulled out a promised ring – inserted it on Mina’s ring finger and kissed it.

While doing all some friends and family who witnessed the special moment in the life of the two lovers, were heard praising them.

Mina looked to be surprised as she could not hide the joy couple with tears in her.

Meanwhile, Erica Kyem, another lady reportedly to be Zionfelix’s girlfriend is not ready to give up yet.