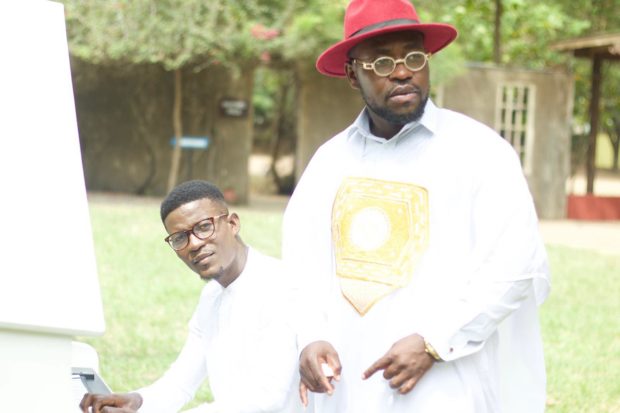 When it comes to the distribution of talents in the creative arts and entertainment industry, to one, God gave the talent to sing, to another the skill to write, and to the other the capacity to act and perform, to yet another the aptness to dance, and to another more the dexterity to direct, manage and promote other’s crafts, each according to his ability.

However, there are some special breed of people, who, by dint of grace, are granted the rare versatility to do all these with ease and with a touch of impeccable excellence. One of such uncommon individuals is Efo Lucky Calebs.

Before the premiere of his movie, DISMAYED: “As You Prayed,” the film director, Efo Lucky, as he is popularly called in the entertainment space, has released a new single dubbed, “Prodigal Son.”

“Getting fired up to do the Kingdom’s business is fast becoming a lifestyle,” the multi-talented film director said about the “Prodigal Son” and “DISMAYED.” He added, “going out and doing God’s will is the mantle everyone should carry on. Time is no more and the coming of the Lord is at hand.”

Asked about the inspiration behind the song, Efo Lucky, who is also a writer and a talented spoken word artiste reflected: “some of us it is only right to do God’s work because that is where we were born and raised,” he further revealed, “at some points in life with the youthful exuberance and all of it, we went with the world, but now we are coming back to take it by force.”

The song which is already in the public space, features an up and coming Ghanaian musician, Shiny. The versatile artiste, Efo Lucky, urged everyone to listen to the content of the song and, “push in a little there.”

According to the film director, followers should anticipate the release of “DISMAYED: As You Prayed” which features ace actors and actresses such as, Prince David Osei, Nikki Samonas, Aaron Adatsi, Akorfa Adjeani and other great actors. Before the Pandemic (Covid 19) The movie was scheduled to be released in May but rescheduled to premiere before the end of the year.

Speaking about his film career and what to expect of him as far as his music is concerned, “I am doing both and treating them all as a serious business,” the entrepreneur in him spoke up, eventually. He was however quick to add that, he is currently into Counseling and Mediation in the United States of America, where he currently based.

watch the video below https://youtu.be/YbOptSWvyLg