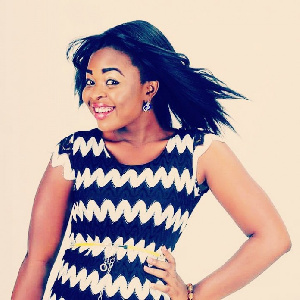 Adu Sarfowaah, the firebrand actress who featured in the famous Adonko advert has dropped a wild gist about the owner of the alcoholic beverage company.

Speaking in an interview on Kingdom plus with Fiifi Pratt she said she’s the only lady amongst those who featured in the advert not to have slept with the businessman.

In the vice of Adu Sarfowaah, ‘papa no’ slept with all the ladies who featured in the advert except herself.

Although she didn’t mention the name of Dr Kwaku Oteng, from the communication salutation, one doesn’t need to be told. She went further to say some of them have even given birth.