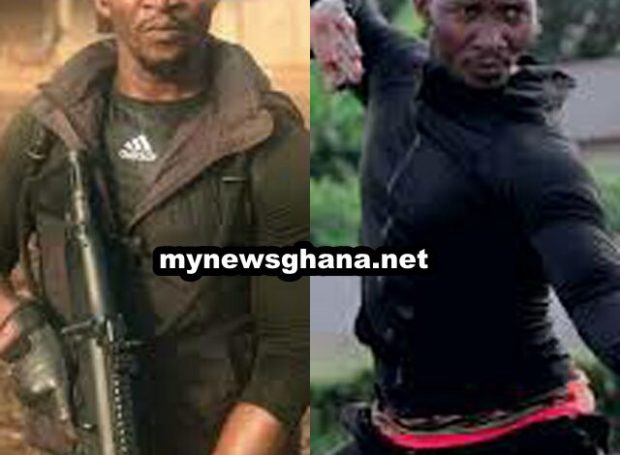 According to the report, The gunmen broke into his room in the late hours of Thursday the 10th of September. In an attempt to save his family, the gunmen shot him and hit him in the head with heavy sticks until he lost consciousness in a pool of blood.

In an interview with Daily News Ghana, Scorpions brother confirmed that his brother is alive but in a critical condition and is currently receiving treatment at the Komfo Anokye Hospital

The actor has finally recovered and has been sent to the house. In an aggressive interview with Kwaku Manu, Scorpion finally explained what really happened.

In his word, he said: “Whenever I remember what happened to me, it was like a dream. It was one night, I was asleep and around 2 am at dawn I heard people knocking at the door pushing the door with pressure. So My wife woke up to see what was going on, I quickly woke up to join her. They were seriously pushing the door with pressure and firing the gun. So I thought it was armed robbers who wanted to steal, meanwhile, they just came to attack me.

I was not having a weapon in my room and I didn’t even keep weapons in my room because I may kill anyone who tries to kill me. They were still behind the door firing warning shots and still pushing we were also holding firmly. When I saw how things were going I had to go out and face them. What I heard them saying was if you are really a Carat man, come out.

I moved out with pressure immediately, when I got outside, they shot me. But Still fought them, we struggled for about 10 minutes, the way I grabbed them, I could have easily killed them but my soul was telling me not to do so.

Si I quickly punched one and moved out of the house to seek help. The interesting part is that, Whilst I was fighting with them I saw an Angel of God standing there physically, they even lead me to my friend’s house who quickly rushed me to the Okomfo Anokye Teaching Hospital for treatment