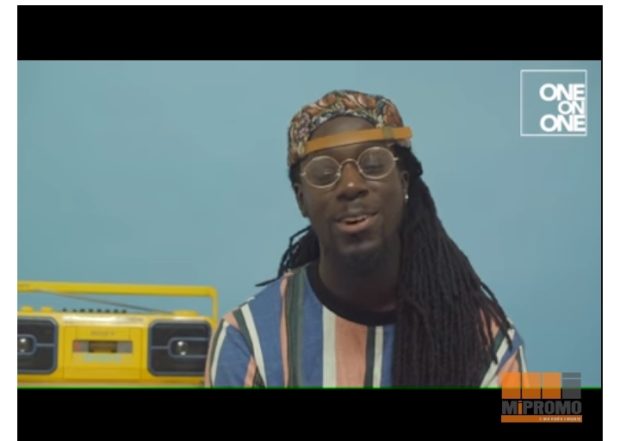 After several delays, Kanye West finally released his 10th studio album, Donda, on Sunday. The 27-track collection comes with more than 30 guest features, more than any of his previous works. The highly anticipated album was previewed at four different listening sessions before its arrival, finally giving fans access to the 27 tracks and collaborations with music greats like Jay Z, The Weeknd, Travis Scott, and Pop Smoke.

A few producers helped West with the beats for the project, and one of them is Edgar “Nabeyin” Panford, a Ghanaian American-born multi-platinum music producer from San Bernardino, CA. Nabeyin worked on West’s 14th track on Donda titled “Heaven and Hell”.

He disclosed this on Instagram. “This has been the hardest secret for me to keep. And I’ve kept it a secret for about a year. BEYOND grateful to be a part of this album. Kanye west – heaven and hell (Prod. by @kanyewest @eightyocho @ojivolt @[email protected]@wallislane) | this is for you dad, this is for y’all #SanBernardino#IE” Donda out now!” he wrote.

It is no surprise that the Ghanaian music producer made it on the album considering his years of experience working with top artistes. Nabeyin, who has been producing for more than 13 years now, has worked with music stars such as Drake, The Game, Nav, Isaiah Rashad, Rich The Kid, Miguel, BET, ESPN and others.

According to Ghana Music, he is able to “produce and compose original tracks from scratch using FL Studio 12 & scores music for commercials or films with Logic X.” Currently, he specializes in Hip Hop, R&B and Soul genres.

But it was never his dream to become a music producer. Born on February 14, 1991, Nabeyin, whose parents and older siblings were all born in Ghana, flirted with football his freshman and sophomore years. He also played basketball in his first three years before dropping it to concentrate on track. He later began music when he realized that track wasn’t working out well for him.

Brother to popular Ghanaian artiste KGee, Nabeyin would learn beat-making from his brother, who came to the U.S. in 2001. Nabeyin said his brother KGee didn’t have any music producer in the U.S. at the time. Thus, he started making beats on his own. Soon, he began teaching Nabeyin how to make beats as well.

“He really got me into production,” Nabeyin said of his brother during an interview with Ghana Music.

Today, Nabeyin has had the chance to work with several music stars across the world, with one of his favorite projects being his placement on Drake’s More Life Album. He never forgot his roots as he has also worked with Ghanaian artistes such as Gemini, EL, Manifest, and of course his brother. He said he’s learned to appreciate Ghanaian music producers for making “simple stuff” that still sounds so full. He has however advised the music industry in Ghana to publish together, know more about royalties, and for artists to respect producers.

Nabeyin’s goal now is to win a Grammy and be able to produce for every artiste that he has ever wanted to work with, including NAS and Busta Rhymes.

With about 14 years of experience in music production, Nabeyin explained to Ghana Music what it takes to be a great producer. “What makes a producer is being able to bring records to live. Knowing your strengths, knowing your weaknesses, knowing when to have musicians coming in to play over your stuff, knowing what artist would work well with the track. Make sure that everything complements each other. It just has to make sense.”

Watch his interview with Ghana Music below: